The Philippines has 421 rivers. Of those, 50 are biologically dead. The Cagayan River, Rio Grande de Mindanao and the Agusan River are three very important rivers in this country. 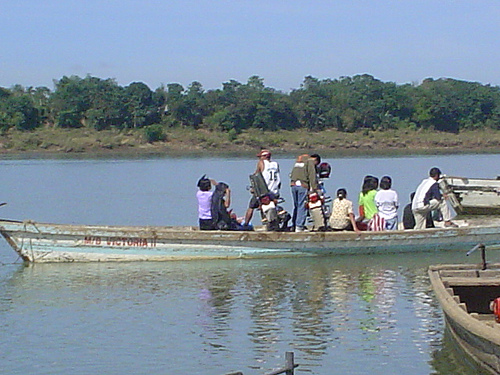 The Cagayan River is the longest and largest river in the Philippines, being 314 miles (505 kilometers) in length. It is located in the north of the country, on the island of Luzon, in the Cagayan Valley region. This river originates in the Caraballo Mountains, and flows north until it terminates at the Babuyan Channel.

This river is prone to heavy flooding during monsoon season, which lasts May through October, causing many deaths and other destruction. The Cagayan River flows through one of the last remaining primary forests of the country, and it supports some endangered species like the Philippine eagle and Luzon bleeding-heart pigeon. 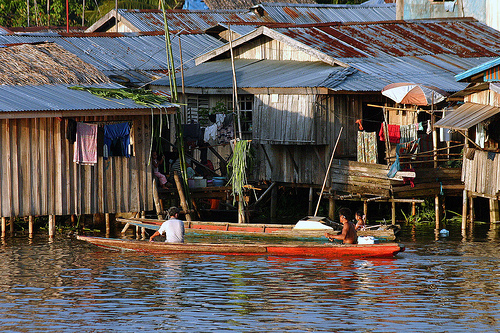 The Rio Grande de Mindanao is also called the Mindanao River. It is the second longest river in the country, being about 232 miles (373 kilometers) long. It is located on the southern Philippine island, Mindanao. This river is important to the local economy, as many agricultural products and timber are shipped via its waters. It starts in the mountains of Impasug-ong as the Pulangi River, and flows into the Moro Gulf. Cotabato City and Datu Piang are two cities located on this river. 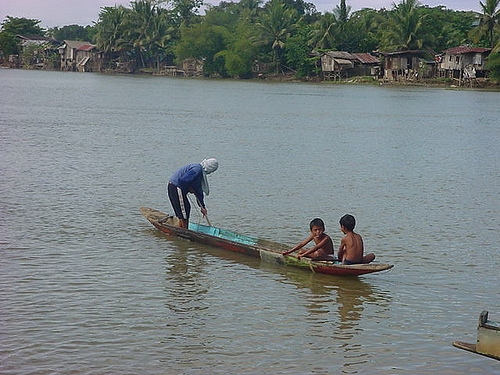 The Agusan River is situated on the eastern region of Mindanao island. It is the third longest river in the country, being 217 miles (350 kilometers) in length. It originates in the mountains of the Compostela Valley. It then flows through the Agusan River Valley southward, and eventually drains out at the Bhutan Bay in Bhutan City.

One major area of this river is the Agusan Marsh, which is an interesting ecological area full of peat and sago. It is a wildlife sanctuary that rises during the rainy season, and many migratory ducks come to live for some time in the seasonal lakes. During the dry season, many birds come in from Japan to escape the cold winters. This marsh also cuts the large discharge of water from upstream, which can later lead to flash floods.