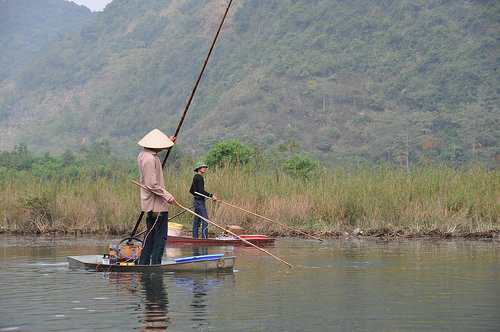 The Red River is also called the “Hong,” or the “Mother River” in Vietnamese. This river originates in southwest China, and then flows through northern Vietnam. The water forms part of the national border between China and Vietnam.

In Vietnam, the Red River goes through lowlands near Viet Tri, then spreads out through the Red River Delta. It eventually flows through the city of Hanoi and empties into the Gulf of Tonkin. It is named the Red River because of its color, as it is reddish brown and also full of silt. The Red River Delta in Vietnam is an important rice growing region, and a significant part of the country’s population lives around the area. This river can get very dangerous when it floods. 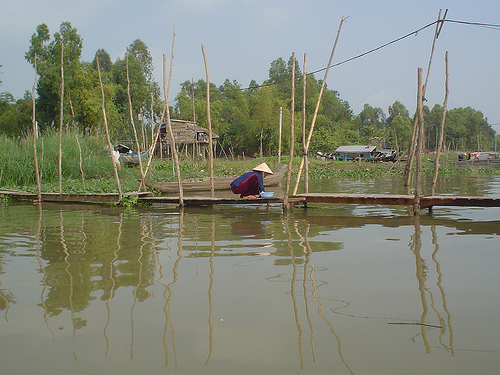 The Mekong River is one of the longest rivers in the world, and one of the most important rivers in Asia. Its length is an estimated 4,350 kilometers (2,703 miles). The water originates in the Tibetan Plateau, where it then flows through Burma, Laos, Thailand, Cambodia and then through Vietnam. When its waters flow into Vietnam, they slow down and divide into the Mekong Delta, around Ho Chi Minh City. The water eventually drains into the South China Sea. This river has the highest concentration of biodiversity in the world, and it is full of huge fish and other interesting plants and animals. 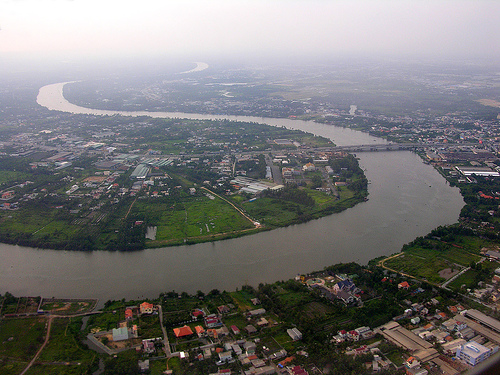 The Saigon River originates in southeastern Cambodia, and then flows through southern Vietnam. At one point, it joins up with two other rivers, and passes along Ho Chi Minh City. It eventually empties into the South China Sea. This is an important river because it supplies most of the water to Ho Chi Minh City, and also hosts Saigon Port. 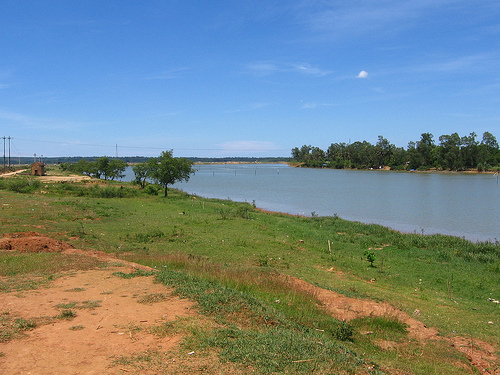 The Ben Hai River is significant because it used to separate the northern and southern halves of Vietnam, through a demilitarized line determined by the Geneva Accords. This river originates in the Annamite Mountains on the border with Laos, and flows through central Vietnam until it empties into the South China Sea. An important historical landmark on this river is the Peace Bridge (or the Hien Luong Bridge), which was originally built by the French in 1950, but damaged by Americans during the Vietnam War.