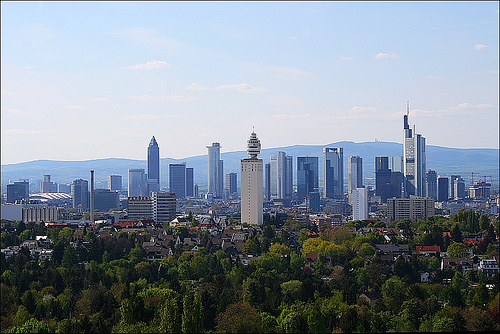 The most politically correct among us will go around chanting that stereotypes are based on ignorance and lies. While that might feel like a progressive stance to take, I think it ignores the simple truth that most stereotypes are indeed based on something that at least was real at one time. As someone mostly of German heritage, I’m always interested in the German stereotypes, which I generally find to be right on the money.

So this week I was reading a blog post on a German website about the 10 most common complaints from expats about their German partners, and it mostly confirms what we already know and holds up the preconceived notions.

Can we accept positive stereotypes about nationalities?

One of the most notable things about famous German stereotypes is that many of them are actually quite complimentary, which I imagine makes them easier to agree with. For example, Germans are known to be punctual and efficient, and it’s hard for anyone to argue much about those as labels. When someone seems surprised that I showed up a couple minutes early for an appointment, I often tell them that I have mostly German blood, which seems to explain it well to most people.

However, a few of the common stereotypes are negative, including how much Germans smoke cigarettes, which also happens to be backed up by accepted statistics. Then there are the ones that are more in the middle ground, the funniest of which to me is that Germans slavishly follow all laws. It seems that French and Italians are among those who brag to each other about how they cut legal corners all the time. In fact, that was one of the most common explanations for Paris’ notorious dog poo problem, that French loved to break laws when they could get away with it.

Specifically, in the article I think it’s hilarious that they mention that to a German, the act of jaywalking would be a high adrenaline sport. It’s funny because it’s true. On one of my first trips to Germany as an adult I remember walking back to my hotel from a bar around 1am in Frankfurt. There literally wasn’t a car in sight so I thought nothing of crossing against a red light, but the old man still waiting for the signal to change literally started to scream at me. I couldn’t tell exactly what he was saying (in German), but I’m sure it was something about how jaywalking is the first step toward certain anarchy.

Every country has its own stereotypes, and the locals are rarely shy about sharing them with you

So, many of us might know about famous stereotypes about Germans or the French or Italians, but in my own experience no one gets off clean. In Thailand where I lived for most of a year, the local men almost all had certain attributes according to their wives and girlfriends or even mothers. Of course the women could generally be put into their own categories as well.

Of course, we are all exceptions to the stereotypes in many ways (except for the positive ones). But on a local level, I can pretty much guarantee that people have some pretty firm opinions about every group of people. Within large countries like the US they might be more local and regional, like the stereotypes about New Yorkers being in a hurry or Southerners being so friendly that it can come across as insincere.

The question is, do we all stay in denial and pretend that there is nothing to these famous groupings? Or can we admit that many of them are true or at least used to be true? Personally, I find it frustrating to hear people who prefer to hang on to some fantasy about everyone either being the same or that no one fits into groups.