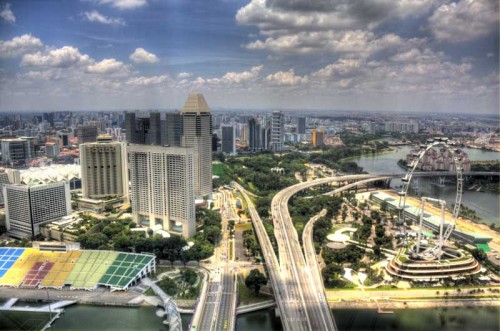 Being able to explore a new city in another country is one of the best parts of being an expat. In some ways it’s like you are on vacation all the time because, at least at first, everything is new and interesting. But thanks to the continuing boom in low cost airlines around the world, some cities are far more desirable than others.

Having spent the last 4 months traveling around Asia again, and taking many different low cost airlines, it’s clear that anyone living in their hub cities has a huge advantage in being able to explore much more of the world without spending a lot of money. Whether it’s Bangkok or Kuala Lumpur for Air Asia, or Singapore for Tiger Airways, or Dubai for Fly Dubai, or any other, it brings dozens of other cities into play for even a 3-day weekend.

One of the things I like most about the new breed of low cost airlines is that their fare structure is very predictable. For normal airlines you might have to wait for a sale or for fares to dip 4 or 5 weeks before a flight, but for these new LCCs the trick is to buy early. In general, they will put a flight on sale 11 months in advance, and the first 30% or so of the seats are offered at the lowest price. Then fares move up as the seats fill, but the lowest price is often still available 2 or 3 months out.

On popular routes where an airline has several flights per day, the ones with the most desirable flight times sell out first, with the ones leaving early in the morning or late at night still at bargain prices. So for last-minute trips you can usually still get a decent price if you are willing to wake up early or arrive late. The key, however, is to plan your trips well in advance.

I only lived in Bangkok for 3 months so I wasn’t there long enough to want to take weekend trips, but I did notice that Air Asia would sell seats to places like Bali and Hong Kong for as little as US$50 each way including tax. Those are fairly long flights, and some of the shorter ones are even less expensive during the fare sales, so those willing to act in advance can travel around for a song.

A friend of mine living in Bali does these kinds of trips at least once a month, and if he were wise enough to buy 3 trips in advance he’d save a lot of money. Fortunately, cheap hotels are available in almost all of these cities, so for US$250 you could do a 3-day weekend to a new city every month for a year or more.

The ticket-change fees tend to only be around US$30, so for some people it’s worth a gamble to just buy sets of tickets for future trips and then hope you can use them. If you can’t you just pay the US$30 to change them to a future date that should work out better. In the long run you’ll end up being able to visit a lot of places for very little, even if you have to change a few trips here and there.

So those who are lucky enough to live near an airport with a LCC, the world is your oyster if you just plan ahead a bit.