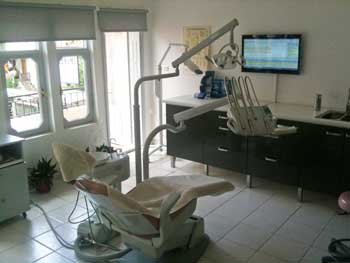 So-called Dental Tourism (along with Medical Tourism) is a hot topic these days as more people realize they might be able to get dental work AND a holiday for less than the price of the dental work alone back home. Of course this mainly applies to those living in the US, Canada, and some parts of Europe where dental work isn’t covered completely by the government, but that’s still hundreds of millions of people.

I’ve been traveling around cheaper parts of the world for over 3 years now and I’ve had several dental procedures done in various countries. In addition, I’ve researched this topic quite extensively along the way and I’ve learned a few interesting lessons about how and where to find the best deals. While in the US I ignored some non-critical issues because I knew I could get them taken care of for far less almost anywhere else, and this turned out to be true.

The big and well-advertised clinics aren’t the best deals

Those looking for the best deals will be frustrated to discover that all of the easiest places to find abroad will be these large clinics that are actually quite expensive by local standards. They are fine for many people and probably the best choice for those who’ve never been to that country before, but they have to charge quite a bit extra for marketing and amenities that have little to do with actual dentistry.

For example, a large dental clinic in Bangkok will spend thousands of dollars per month on search engine marketing and buying advertising in targeted places. They also pay more for locations in touristy or expat neighborhoods with a sign out on the street, as well as for a posh waiting room with English-fluent staff. So in a place like this you might pay US$600 for a crown instead of US$1,200 back home, but half that $600 is potentially wasted just to get you there.

In other words, if you are an expat living in Bangkok you’d find out from your Thai friends that they pay maybe US$300 for that same crown in their local dentist’s office. The dentist speaks decent English and their assistant speaks enough English to get you into the office and then into the chair, and the equipment is likely the same.

Instead, find quality dentists with mostly a local clientele

The story above isn’t a hypothetical example, it’s what I did when I was living in Bangkok a couple years ago. I went to one of those large clinics and had a mostly positive experience but later I discovered that I could have paid much less had I investigated more deeply. So a year later when living in Turkey I was fortunate to be close to a couple of local dentists and 150 kilometers from the closest clinic. I got excellent care for astonishingly low prices because the dentists here have to be cheap enough for nearly everyone living here rather than meant for rich tourists flying in.

For a single crown or implant you might be better off paying the higher prices at a clinic because it’s easier and it feels less risky. But if you need several crowns or implants you could potentially save a lot of money by locating a local dentist as opposed to a posh clinic.

Many people in the West assume that dentists elsewhere are inferior, and that might be true in some places, but from what I’ve seen the equipment and procedures are actually similar even in cheaper countries. It may also be true that if something goes terribly wrong it could be tougher to sue a foreign dentist, but in almost every case the dentist would fix whatever the problem was for free so the chances of such a major problem are miniscule.

It’s also important to remember that local dentists have hundreds of local clients and if they didn’t provide good service they’d quickly be out of business because it’s such a word of mouth business, if you’ll pardon the pun. For this reason it might actually be riskier to go to a small clinic where most clients leave the country shortly after treatment. If a clinic cuts corners it can probably get away with it for months or years, while a local dentist has to keep treating her patients for free if there are problems.