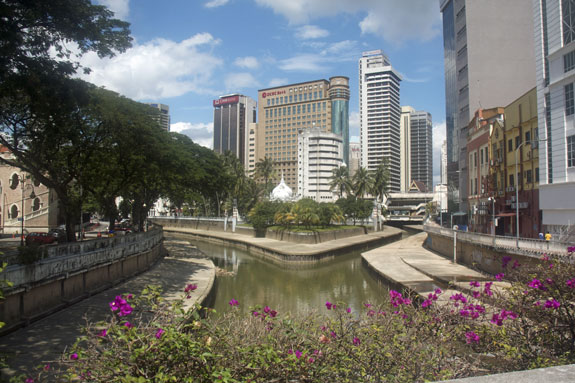 Malaysia is the second richest country in its region (only behind Singapore), and yet they make visiting, even for longer periods, incredibly easy. This is one main reason I keep coming back to this country and it’s made me wonder why most of its neighbors have the policies they have.

The primary reason countries really need to be restrictive of everyone who turns up at their borders is that job seekers and those looking to take advantage of social welfare programs (like free healthcare and housing) tend to flock to richer countries where conditions are better. Many people criticize the United States for seeming a bit paranoid, yet if they had fewer border controls they’d have “tourists” constantly turning into illegal aliens looking for work, even more so than they do already.

With the above in mind it’s a bit of a headscratcher to come up with reasons why a country like Vietnam requires you get a visa in advance. They have among the lowest wages in the world, lower even than China and much of India, so it’s not like people will come and then stay to take jobs making shoes from locals. Yet there are visas to acquire, forms to fill out, and fees to pay.

It’s the same in India and China as well. Both countries discourage tourism, whether purposely or accidentally, by making the process of visiting really difficult and quite expensive. Especially with India, it really makes you wonder when you have to wait so long and pay so much to get permission to enter a country where you are surrounded by beggars the moment you leave the airport.

At least Cambodia, Thailand, Laos, Indonesia, and the Philippines allow you to get a visa on arrival, usually with no fee. But all of them also only allow visitors to stay for a few weeks up to 60 days without going through a lot more hassle.

For Malaysia you just come right in

Not only is Malaysia the home base to the continent’s largest low cost airline – AirAsia – but it’s also the most liberal about letting tourists in. Visitors from most Western countries (who aren’t too likely to be looking for unskilled jobs) are allowed to stay for 90 days with no fees or even forms to fill out.

You also don’t need on onward ticket to prove that you’ll be leaving soon. This is probably partly because many people enter from Singapore and Thailand’s ground borders and leave through one of them as well, but still it’s nice.

And again, this is the second richest country in this region so the jobs here pay more than anywhere but Singapore, and yet they make it so easy to enter and stay for a while that you’ll want to come back again and again. I haven’t investigated how challenging it is to stay beyond the 90 days or live here as an expat, but I’m sure it’s not too difficult because Kuala Lumpur itself is loaded with expats.

It would be really nice if some of the other countries in the area were to study whether or not their restrictive policies are doing more good than harm. I have a feeling a lot of it is just that governments tend to want to make rules and have more employees, so there isn’t much incentive for them to want to scale back a whole industry, even when it’s counter productive in the first place.