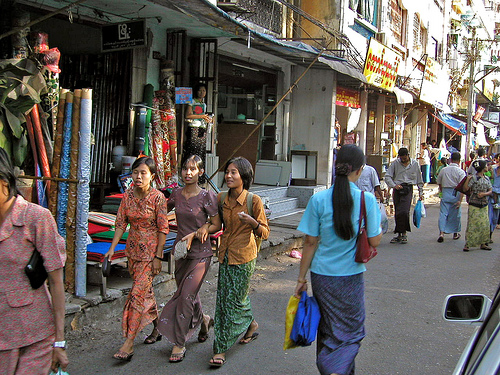 Yangon is also known as Rangoon, and it used used to be the capital of Burma until a few years ago. It is still the largest city in the country, with a population of over 4.3 million, as well as its chief economic center. Yangon dates back to its foundation in the 6th century AD, when it was formed as a small fishing village named Dagon. It is hot and rainy in Yangon for most of the year.

This city has the highest number of colonial buildings out of any city in Southeast Asia. Though there has been a growth of high-rise and commercial buildings, its infrastructure is still mostly undeveloped, and much of the population lives in poverty.   As most people cannot afford to drive in Yangon, there is an extensive network of buses with over 300 public and private lines that go to most areas of the city. Most of Yangon’s population is Burmese, but there are also some Indians and Chinese people. 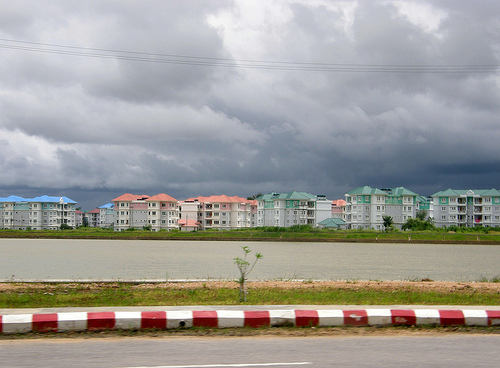 Naypyidaw is the present-day Burmese capital, and it exists between the Bago Yoma and Shan Yoma mountain ranges. It was only made capital in 2006, and much of the city is still under construction. About 925,000 live in Naypyidaw.

This city does not have much history, as it was only founded back in 2002, on a greenfield site in the jungle. It exists in the geographical center of the country, so it was considered a better place for the capital, and it is also a major transportation hub. Though the government uses this reasoning, many Burmese people disagree with its capital status. The modern residential zones are carefully-organized apartment blocks that are allotted by the peoples’ rank and marital status. 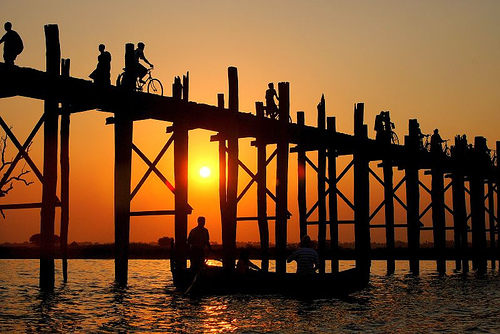 Mandalay is the second largest Burmese city, with over a million inhabitants. It was founded in 1857 as a Buddhist city. It is full of lots of lovely palaces and other Buddhist sites. At its time, it was the last capital of independent Burma before the British colonial period. During the colonial period, it was a huge center for Burmese cultural and Buddhist education. Today, Mandalay takes the role as the main educational, cultural and economic hub of Upper Burma.

Unfortunately, this city is often plagued by fires that have burned down hundreds of buildings and have left thousands homeless. There has been a large influx of Chinese people in recent years, who have built up the downtown area into a modern commerical center with lots of hotels, shopping centers and apartment buildings. It is always hot in Mandalay, but much less rainy than in Yangon.