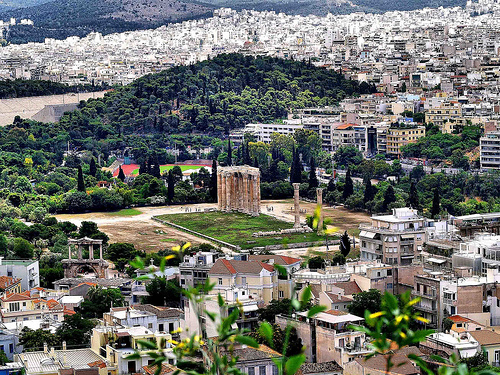 Athens is the capital and largest city in Greece, and has a population over 700,000. It is one of the world’s oldest cities, with a recorded history of over 3,400 years. Its larger metropolitan area stretches to incorporate over 4 million people, making Athens one of the biggest metropolitan areas of Europe. It is an alpha world city that is the cultural, economic and administrative center of the coutry of Greece. Athens is turning into a major business center, and it’s a very rich, expensive city for the most part. Despite its modern importance, Athens is of course more famous for its influence from Ancient Greece, being the home of many Greek philosophers and to a proto-democracy. If you’re in the right part of town, you can view not only many famous remanents of Ancient Greek Architecture, but also Roman, Byzantine and Ottoman monuments. Today, the city suffers from high air pollution similar to that of Los Angeles or Mexico City. Athens has a developed public transportation network, including buses, trolleys and trams in the city center. 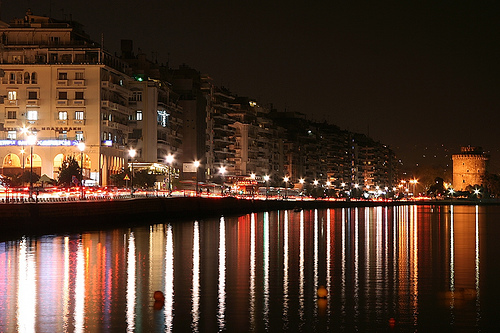 Thessaloniki is the second largest city in Greece, with a population of 348,000. This it said to be the hippest Greek city. It is also famous for having beautiful beaches. It hosts cultural events like the Thessaloniki Film Festival and the International Trade Fair. It used to be the royal co-capital of the Byzantine Empire. After Athens, this city is the second biggest economic, cultural, industral and administrative center of Greece. The city has historical monuments from Jewish, Ottoman and Byzantine settlement. Thessaloniki lies on the northern part of the Thermaic Gulf, in northern Greece. It is a huge port city, so there is a lot of economic activity. 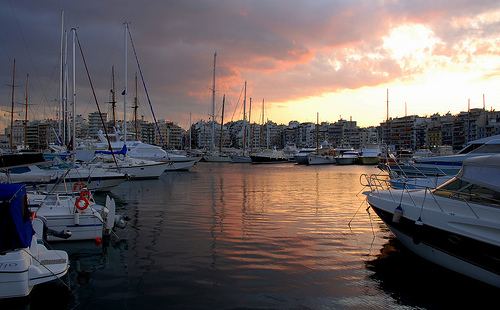 This is the third largest Greek city, with about 170,000 inhabitants. Piraeus is situated on the Saronic Gulf, and is part of the greater Athens area. It is the largest passenger port in Europe, and the third largest in the whole world. It is also the center of Greek commercial shipping. The city has a large spectacle of different neighborhoods. One of the most expensive neighborhoods is located on the hill of Kastella, in which you get a great view of Athens and the Saronic Gulf. Then there is Kaminia, which is a more working-class neighborhood. There are several archeological sites around the city, such as the ancient gate to the harbor, Eetioneia. It is also a huge sports center of Greece.