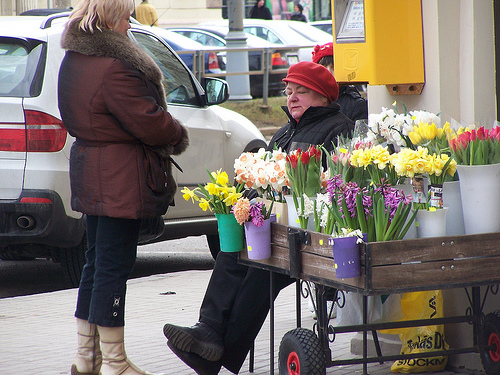 Latvia is a small Eastern European country situated on the Baltic Sea. About 57% of the country is ethnically Latvian, about 30% is Russian, and there are also some small groups of Belorussians, Ukrainians, Poles and Lithuanians. Latvian is the official language, but Russian is widely spoken throughout the country. The vast majority of people are Christian of some sort, such as Lutheran, Roman Catholic or Russian Orthodox. 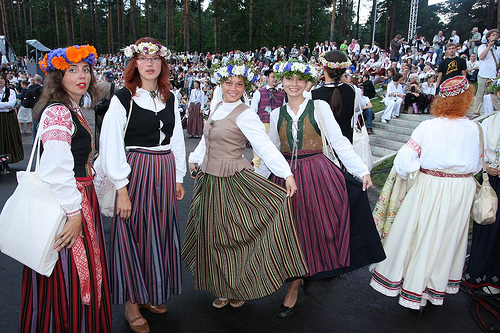 One major prevalent folk custom in Latvia is singing. Most people have sung in Latvian choir at some point in their lives, and there is a huge Song Festival with lots of singers and dancers that occurs every few years. Many people are very engaged in Latvian folk songs as well.

Social hierarchy is respected in Latvia. Position is regarded highly, and people look up to their elders, who they see as wise and experienced. Older people often have the responsibility of making decisions on behalf of the rest of the group.

The family is very important in the Latvian social sphere. Many families have several generations living under a single roof, even in cities. It is common for people to live in the same location their whole lives, and sometimes the same house or apartment. Most parents will only have one or two children because it is crowded. Children who grow up to be adults will often seek financial support from their parents. When children grow up, they are expected to take care of their parents as they age.

Though families are very close and personal, Latvians are not as open with strangers. They act formal and reserved with those they do not know well. Emotions are not meant to be displayed in public, and self-control is respected. They will not ask new people personal questions, and do not like to be asked either. The home and the business world are different spheres of life that do not cross.

As for greeting, the general gesture is a short and firm handshake with eye contact. Smiles are not very common, but people will start to do this as they become more familiar. You should address people by their formal titles, and wait to be invited to speak to them using their first names.

If a Latvian invites you out, it will often be to a restaurant. If you are invited to a house, you should bring a small gift that is not too expensive. Some good gifts are flowers, imported liquors or flowers (but refrain from giving roses and even numbers). You should arrive on time, and dress neatly. If at a house, you should see if they want people to take off their shoes. You should keep your napkin on the table, rather than your lap, and try to finish all of the food on your plate. After the meal is concluded, many Latvians will start singing folk songs.

2 thoughts on “Learning the Social Customs of Latvia”