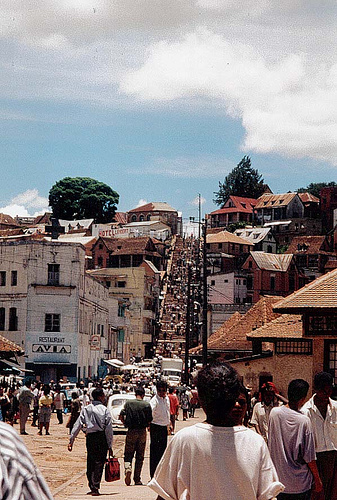 This city is known more commonly as Tana, by both locals and visitors. It is the capital and largest city of Madagascar; Antananarivo’s population is about 900,000. It is geographically located in the center of this island country, and acts as the economic, administrative and communication center.

In terms of terrain is situated within the summit and slopes of a rocky ridge. This city has a temperate climate; it never gets very hot there because of its elevation. Some of the city’s architecture has a European resemblance, as it was all rebuilt using stone and brick, but other parts of the city have a more African feel. The larger metropolitan and suburban area is known as Antananarivo-Renivohitra. 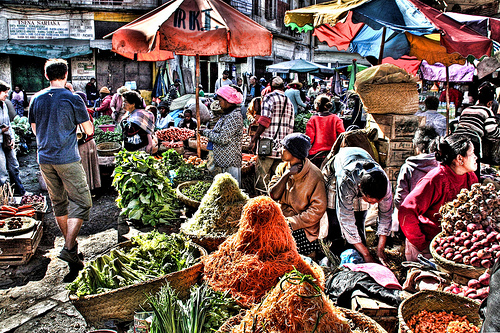 Historically, Antananarivo was an important city prior to the European colonial era, having been founded in 1625 by King Andrianjaka. Its name translates as City of the Thousand, because he set up 1,000 troops to guard its premises. The city today hosts Madagascar’s major international airport. The city does have some industry, as it produces textiles, cigarettes and food products. 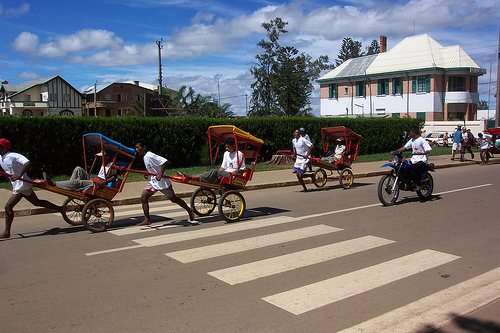 Antsirabe is located also in the center of Madagascar, and has a population of 183,000. It is the capital of the Vakinankarata region; its name translates as “the place of much salt.” The city is famous for having many rickshaws, which are called “pousse-pousse” in Malagasy.

This city has a cool climate, because it has a high elevation. Many Malagasy companies are located in this city, including Kobama (a grain company), Tiko (a dairy and food company) and Cotana (a textile company). The city enjoys hot springs and a thermal bath. Antsirabe was founded by Norwegian missionaries, who thought of it as a retreat from hot weather. 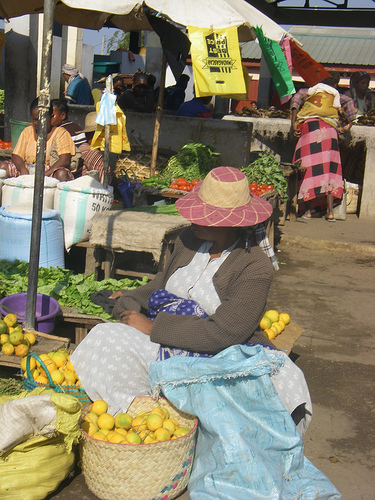 Tolanaro is an important regional port for the Anosy area. This city is located on the southeastern edge of Madagascar, next to a narrow peninsula, on the Indian Ocean. It was founded in 1643 by the French East India company. They built a fort there, called Fort Dauphin, and it was meant to be an important location during the French colonial period. However, the European population suffered from tropical diseases and poor trade results, and many evacuated the city in 1674 after some conflicts.

By the 20th century, Tolanaro had developed as a major hub for Malagasy, French, Chinese and Pakistani merchants. Those French businesses that remained became nationalized in 1975. Though there was some economic hope during this era, the economy of Tolanaro suffers today from lack of roads connecting it to the rest of the country. The city is in need of some economic development projects. However, since it is located on the ocean, many come to Tolanaro to enjoy the beach and go surfing.