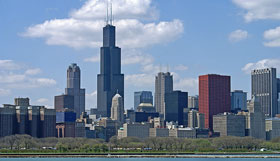 I’ve written many times in this column about the conventional wisdom that, while it’s best to book non-holiday flights between 4 and 6 weeks early, it’s best to book holiday travel as early as possible. After having just looked at some interesting data from our friends over at kayak.com, I’m not so sure about that anymore.

This data showed that specifically for Memorial Day, that airfares are actually higher until about 4 months before the date. In other words, if you price a Memorial Day flight during the previous calendar year, you’ll be seeing higher prices than had you waited until at least mid January.

These data points tell us that Memorial Day is a different kind of holiday than Thanksgiving or Christmas, at least from an airfare standpoint. I think it’s also safe to lump Labor Day and even the Fourth of July (for Americans) into this other group. Everything I’ve read and seen does show that for the November and December holidays that buying early will save money, but these holidays act differently.

The best time to buy airfare for these holidays

I think it’s pretty safe to reason that the winter holidays find people with very fixed plans so the airlines know they can just keep raising prices as the holidays approach, but it seems that with these 3-day weekend summer holidays that consumers can easily skip the trip if the price is too high.

The graph showed that for Memorial Day the lowest prices start appearing in late February, and by early May prices started creeping up quickly. During the period between prices were quite flat, with the average only moving a few dollars from any one week to any other.

Interestingly, they also have a hotel graph that shows average prices quoted in advance, and that data swung wildly from one day to the next, and it actually got lower the closer to the holiday it got. There’s a dramatic drop where the average price goes from around $140 in early May all the way down to $100 if you book at the last minute.

That of course makes us wonder how reliable that pattern would be? This chart is for all domestic hotels in the United States, so it’s not like it’s just San Francisco or Atlanta that had last minute discounts. This was for only one specific year though so it could be that the economy canceled quite a few vacations and those empty rooms needed to be filled at lower prices.

We’d think that in years when the economy is better that booking a hotel early is still wise, at least if you don’t have to pay in advance for the whole stay. But with a soft economy it seems like last-minute bargains are probably going to keep popping up, so book your holiday weekend flight 4 weeks early, but wait and book a hotel at the last minute for the cheapest prices.