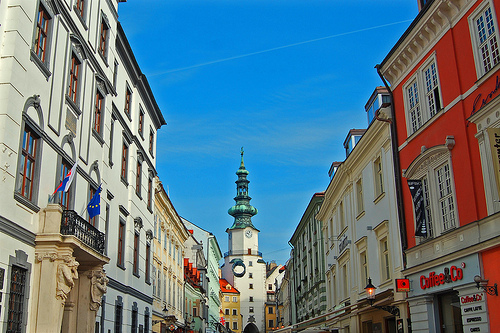 Bratislava is Slovakia’s capital and largest city, with a population of 429,000. It is located on the Danube River, in Southwestern Slovakia. The city borders both Austria and Hungary, making it the only capital with two national borders! Vienna and Budapest are both easily accessible from Bratislava via bus.

This city is the government center of Slovakia, as well as a huge cultural center, with many museums, theaters and galleries. Its history stretches far outside of modern-day Slovakia, having been influenced by Austrians, Hungarians, Germans, Jews, Czechs and of course, Slovaks. It is located on one of the warmest and driest areas of Slovakia, which is a generally cold, wet country.

Bratislava has a diversity of architecture; Old Town has many medieval and baroque structures, but there are also many not-so-nice, former socialist areas as you go further from the city center. Driving by the city on a bus might make it look rather depressing, but it has a few nice areas. Bratislava has decent public transport, with a network of buses, trams and trolleybuses. There are a number of universities in the city, so there is a sizable young population. For nature lovers, there are many forests with hiking trails close to the city center which are accessible via public transit. Since Bratislava is not a huge city, it’s not hard to get around. 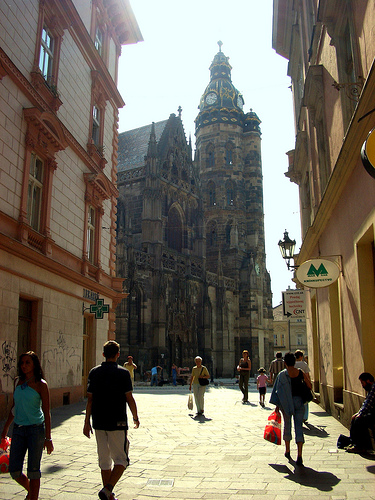 Kosice is a city located in eastern Slovakia. It is the country’s second largest city, with a population of around 250,000. It is largely an industrial city, but there is a nice Old Town, as well as a pedestrians-only main square, where you can see some of the Gothic, Renaissance, Baroque and other architectural styles. There are also three universities and some museums. It is on the Hornad River, as well as the foothills of Slovak Ore Mountains, close to Hungary. It was the first European city to have its own coat-of-arms. 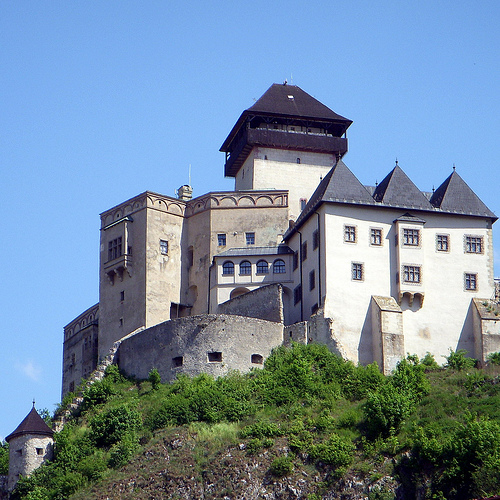 Trencin is located in western Slovakia, in the Vah River Valley, close to the Czech Republic border. It has one of the most picturesque skylines and architectural displays. This city has one of the most impressive medieval castles of the country, which dates back to the Roman Empire, and today stands on a rock overlooking the city. Trencin is a smaller city, with a population of around 60,000, but is still considered a very fashionable place. There is an Old Town with a large square and some shops. Trencin also hosts Pohoda, which is a popular Slovakian music festival.