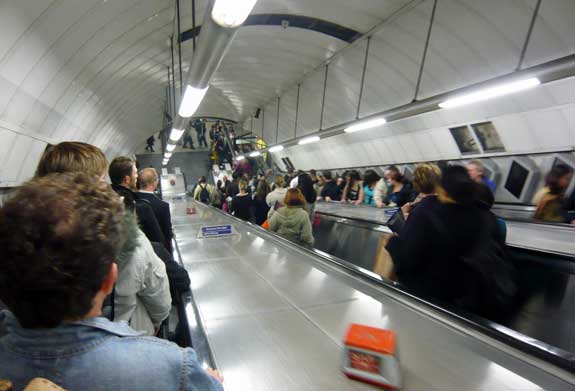 The HSBC Expat Explorer survey points out specifically that in the Raising Children Abroad rankings for Europe that the UK comes in last among countries surveyed. The respondents say they spend nearly US$13,000 per year per child for what they call childcare, presumably including the cost of schooling, clothing, and supervision. This translates into 89% of respondents saying that the costs are higher than in their home country (likely meaning that the other 11% come from Scandinavia and Switzerland).

The United Kingdom also ranks poorly for children spending time playing sports and spending time outside in general. By contrast, France ranks at or near the top in most of these categories, so expats moving to France report being quite happy with their new home.

Analyzing these findings, it’s really not surprising when you look at the economics of it. The United Kingdom is one of the most expensive countries in the world, with its capital of London being particularly expensive and also where most expat jobs can be found.

On this site we mostly discuss destinations and issues relating to the expat crowd who are moving for better opportunities, not to mention better weather, and unless you are hoping to run a big bank, you won’t find either of those in the UK.

As someone who works virtually and can locate myself anywhere I have an internet connection, I had actually planned to move to the UK myself in 2011. I was collecting recommendations from all my British friends here in Turkey, who seemed to agree that the north of England offers far more value for money than the south (and forget London for value).

But when I started looking at specifics I could see that even modest flats in northern cities would cost US$700 per month, not including a long list of utilities and what people call a “council tax.” In other words, for a small one-bedroom apartment in, say, York, I’d be spending around US$1,000 per month before I bought any food or drink. That isn’t out of my price range, but it’s a lot to pay for one of the smallest and cheapest flats in a city.

I’ve visited England countless times and I adore the culture and history there, but it’s hard not to notice the foul weather and the fact that the residents are constantly moaning about it. In the end, I may swing through England for a couple of months in 2012, but unless one has a high-paying job there it seems that it’s just not worth living there in the long term. Your money just goes so much further almost everywhere else, and the quality of life is generally higher as well.