Cabo Polonio is a rustic and small beach town that is situated east of Montevideo, the capital city of Uruguay. It is located on a peninsula that goes out into the Atlantic Ocean. It features many beautiful sandy beaches and protected forest areas, many of which can be explored on horseback. Another natural attraction is the widespred area of sand dunes which have lots of cabanas and spots where people can be isolated. This town is also a relaxing place to just hang out and be away from hustle and bustle, but is not the easiest to get to. 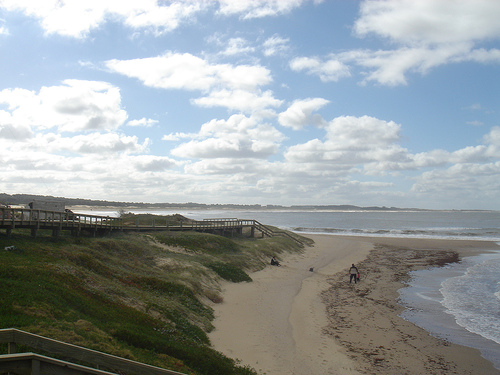 The small town of Jose Iganacio is located on Uruguay’s southern coast. In the past few years, it has evolved greatly, starting as a simple fishing village full of dirt roads, but now active with many paved roads and modern buildings. Though hopping and chic during the daytime, there is a 2 AM curfew that prevents this town from becoming as busy as Punta del Este (see below). One of the beaches in this town is Brava Beach, which is full of beautiful, grassy sand dunes.

Punta del Este is a very built up beach spot, located on a peninsula. The permanent population of Punta del Este is very small, but there can be up to half a million people in city during vacation season. This place is developed for tourists with casinos, hotels, restaurants and shops, so it is a good area for those seeking stimulation. There are also some interested colonial structures in town, and none of these buildings are located very far from the beach. The Atlantic side of Punta del Este gets very windy, making the waves suitable for water sports. 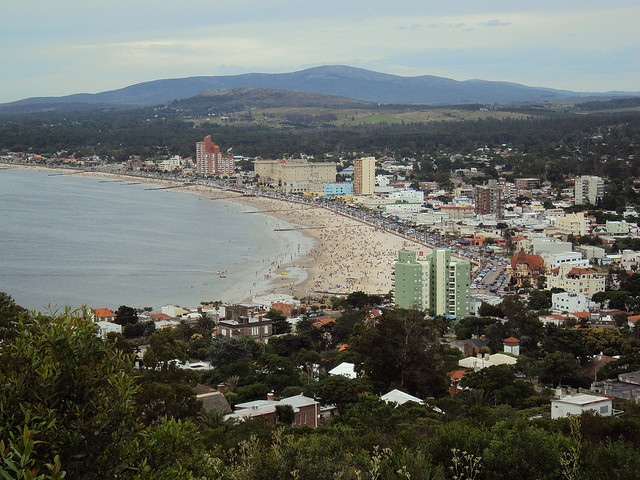 Piriapolis is west of Punta del Este, and was the prime vacation resort before the latter was built up. It is easy to get to, being relativey close to Montevideo, and is full of beautiful beaches with soft white sand. Though it is still a summer resort that is quite developed, Piriapolis is known to still retain the feeling of a small, low key town. Those who still want a lively time can head into the city for its casinos, restaurants and nightclubs. There are also some opportunities for hiking and climbing hills fairly close to this beach.