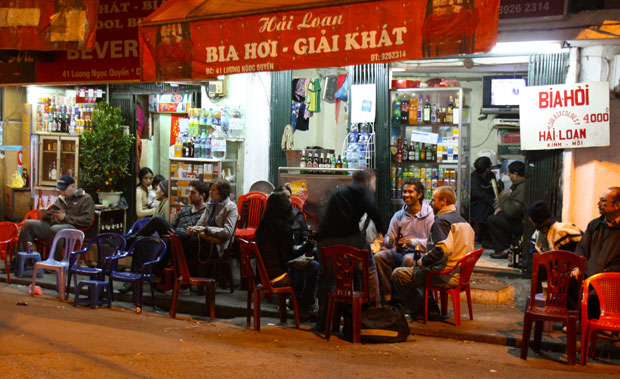 Whether it’s for an extended holiday or for a permanent move, for some people having access to very cheap beer is a major selling point. With alcohol taxes varying wildly from one place to another you can’t necessarily just show up in a cheap city and expect cheap beer. And if you are in a Muslim or Hindu city you might have a hard time finding any alcohol at all.

Fortunately the cheapest beers tend to be available in cheap countries that are also very welcoming of both tourists and potential expats. Not surprisingly, Southeast Asia is a hot spot for cheap beer, but there are good options in many other areas as well. 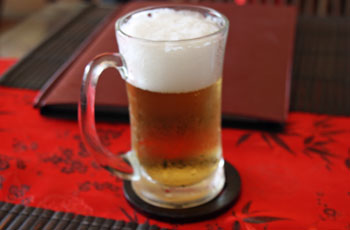 The cheapest beer in the world can be found in Vietnam, although it’s a slightly different brew from what you might be used to. It’s called “Bia Hoi” which translated to “fresh beer” and you can get it by the .3-liter glass in Hanoi for around 15 cents. It’s mostly available only at special sidewalk bars that get one or two kegs each day and serve it until it’s gone.

You can also get large bottles of local lager for between US$0.75 and US$1.50 at just about any restaurant in the country. Better still, you can get Bia Hoi at many restaurants in Hoi An and Hue, for under 20 cents a glass alongside excellent food with good service.

This one might bring up some arguments by people who’ve recently returned from a touristy place like Cancun, but if you know where to look you can definitely find very cheap beer in Mexican bars. You’ll spend no more than US$1.50 a bottle, and likely less, if you find the places where the locals go to drink.

The challenge is that in resort cities like Cancun or Puerto Vallarta you might have to go many blocks off the strip and out of your way to find these places, but they are there.

This is another slightly tricky one because the Czech Republic has long been famous for incredible and cheap local lager, but prices have pretty much tripled in the past decade or so. In the 1990s you could get a half liter of excellent beer at almost any bar in Prague, even in the touristy areas, for around US$0.50.

Now you’ll be spending in the US$1.50 to US$2.00 range for a half a liter, and even then you’ll have to choose your bar carefully as the touristy places will charge more. It’s definitely not the beer paradise it used to be, but compared to almost anywhere else in Europe, especially for the quality, beer is still very cheap in Prague, and cheaper elsewhere in the country.

The landlocked country of Laos doesn’t get the press it deserves, and it’s still a bit of a frontier when it comes to travel infrastructure. In addition to amazing scenery and attractions it also boasts incredibly cheap beer that is also highly acclaimed.

The local brewer called Beerlao has nearly a monopoly on the market, but amazingly it’s still available for 10,000 Laos Kip at almost every bar or restaurant in the country. That’s US$1.25 for a .7 liter bottle of surprisingly good beer that most agree is the best in Southeast Asia.

People who used to flock to Costa Rica are now considering Panama as an alternative, and cheap beer is just one of the minor reasons why. The trick here is to find the little shacks that serve hearty food to locals and a few curious tourists and you’ll be able to find cold bottles of local lager for US$1 or even less.

This is another place where you have to choose your watering hole carefully, as splashy bars meant for tourists with big English-language menus outside will charge much, much more for beer and everything else.

On my first trip to Bali in 1998 I was thrilled that a .7 liter bottle of cold Bintang lager was available for around $1.50 or less just about everywhere. On my more recent trip I was shocked and saddened to find those same bottles for US$5 or even more at most touristy bars in Kuta.

Fortunately, my cheapo sense helped me discover that you can still find those huge bottles for just a bit over US$2 each if you look around. In fact, my Kuta hotel sold them at that price from their gorgeous garden restaurant, and quite a few other out-of-the-way places matched that price. In a paradise-like setting like Bali, to find huge bottles of cheap beer to drink by the pool is a cheapskate lush’s dream.

One thought on “6 Destinations with very cheap beer”