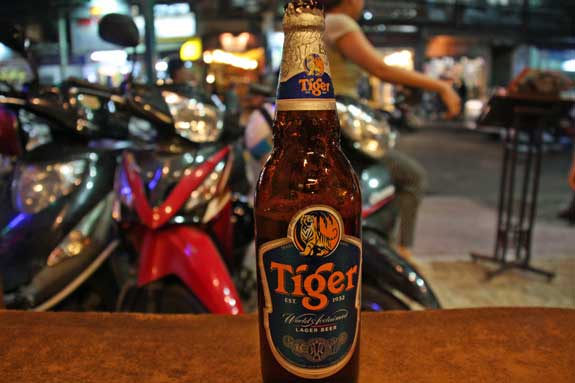 I can name dozens of things that I prefer in other cultures to the equivalents in my native USA, including the Metric system, having the final price displayed instead of the pre-tax price, and a greater emphasis on local markets and seasonal foods. That’s just the beginning, but among the American things I prefer is the often-controversial system of tipping restaurant staff and other service workers.

It’s worth mentioning that I’m also a bit of a cheapskate, so you might think that not tipping much or at all would appeal to me. It does, but it comes at a cost, and even with tipping I find that restaurants in the US tend to be cheaper than similar restaurants in Europe and Australia anyway.

This is definitely a subject with two sides to it, and I respect anyone who disagrees with me, even if they do it purely on ideological reasons rather than practical ones. But having spent many years in non-tipping cultures and even longer in a tipping culture, I think almost everyone wins in a tipping culture.

The one message that most economists like to spread to help understand their profession is that “incentives matter.” I’ve known many wait staff in American restaurants and they almost all enjoy their jobs, even when pleasing the customer is a key goal instead of just showing up.

When Europeans first go to the United States (particularly the middle of the country) they almost always notice how friendly the people there are, and sometimes think it feels phoney. When a waitress in a restaurant asks how the guests are doing today rather than just standing there waiting for someone to order something, a European might think they’d prefer to be grouchy but can’t afford to.

At the risk of getting too deep into a political argument, try going to a government office or even a former Soviet country where the customer is merely an annoyance, and see if those employees seem happier because they can just stand around smoking cigarettes instead of helping people.

The point is, that when people have an incentive to make customers happy, and customers are able to reward good service, only the lazy and most disgruntled employees lose.

Indifferent service is nothing to be proud of

Having lived in Asia and spent years traveling around the more popular places there, I find that service tends to be excellent in most places, primarily at family-run restaurants. The servers often have a direct incentive to please guests because not only might they tip, but they might come back or tell others to, and the money all goes to the family.

But in Europe and a few other parts of the world where tipping rarely amounts to more than rounding up the bill to the next Euro, the employees rarely seem to even smile. I remember living in Amsterdam and going to the same bar 2 or 3 nights per week. The bartender obviously recognized me, but it still usually took a few minutes of watching him chat with friends or smoke a cigarette (back when it was allowed) to get his attention that I was ready for another.

In the years since then I’ve sort of gotten used to this style where servers often do as little as they can get away with rather than as much as they are able to. Fortunately, the tipping culture seems to be gaining steam even in Europe, and as a result service will get better as well.

Again, this isn’t to say that unbridled capitalism is without problems or that America is the best at everything. It’s to say that when customers and service workers can help each other, the outcomes for both parties tend to be better.