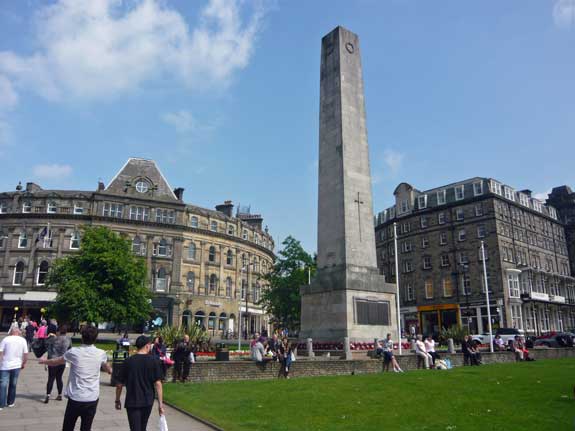 As someone who has spent much of his adult life going from one big city to another, it’s a welcome reminder that the largest cities in each country tend to be poor representatives of the rest of the place. Whether it’s Bangkok, New York City, Kuala Lumpor, or London, these places often have more in common with each other than with the rest of the country they sit in.

Lately I’ve been touring around Great Britain without stopping at all in London. Having visited the capital over 20 separate times, I know it (fairly) well, and I realized I knew very little else of this island. The first thing I noticed is that (pleasantly) the rest of the country is far cheaper than London or than I realized.

Bargains in almost everything are easy to find

When it’s meal time in London and especially if you are anywhere near the touristy areas like Leicester Square or Parliament, you look around to discover that your options are “pub food” like fish & chips or meat pies starting at around US$15 per meal, or chain restaurants like Deep Pan Pizza or Angus Steak places with mediocre food costing at least as much as the pubs. The frustration isn’t so much only in the price, but how it’s usually not very good either.

However, in most of the rest of Britain (I’ve made about 12 stops so far in almost two months) these same pub meals are about half that price and the quality seems better. I’m finding quite good fish & chips for around £5, or around £6 including a pint of beer at a chain pub. There are fewer big chain restaurants, and those that are around seems to have competitive prices.

Hotels are similar in that for US$100 in London you get a tiny room far from public transport, while in Manchester, York, Glasgow, and so forth, you can get a nice room starting at around US$60 including coffee and tea service, plus usually a huge breakfast.

Again, these things aren’t real revelations or surprises, but it’s a nice reminder that even when you go to the 2nd or 3rd largest city in a country, things tend to slow down. And when you go to the smaller towns, especially those that don’t get too many international tourists, everything is different.

By necessity, people in big cities can’t be as friendly because they’d spend their entire days saying hello, goodbye, and how are you to each person they met. London seems to get close to 90% of the country’s tourism, so it feels more like a theme park than a city at its core. This is precisely why the rest of the country feels so refreshing.

Many Brits tour around this island in their spare time, and they seem to outnumber us foreigners in most places. For this reason, most people are curious why foreigners are here at all, and conversations start organically and easily. It takes real effort to get to know locals when visiting London because you are one of a thousand tourists they see every day of their lives.

But is the rest of Britain expat friendly?

Another thing that has struck me is how few non-white people I’ve seen in the rest of the island. There are certainly pockets of them in the larger cities, but they are few and far between in the smaller places. The reason it’s a bit shocking is that London feels like visiting the United Nations, or in some areas it feels like visiting another country altogether.

So it’s clear that most foreigners move to London and its various suburbs, and generally there doesn’t feel like there is any xenophobia or ill feelings towards other cultures, although there have been some incidents, just as with anywhere else. I really wonder, especially because London is so expensive and crowded, do foreigners feel comfortable moving to other corners of this island?