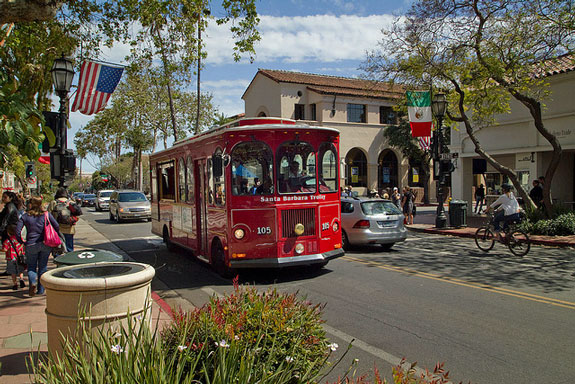 As someone who has traveled around the world quite a bit, and who also really enjoys television, I was intrigued by a recent article put together by BBC America. The title is 11 TV Shows That Explain American Culture (for a British Expat), and I found it especially interesting because I’m an American currently touring around England and watching a bit of TV.

Reading their list, I assume it’s all supposed to be a bit of fun because almost everything on it are extreme examples that amplify some of America’s quirks. You’ll find The Simpsons, Portlandia, Glee, and Duck Dynasty on the list, and all of those shows are cartoonish, and maybe the Simpsons the least cartoonish among them.

How well can any foreigner really know a country?

Another reason this topic interests me is that when you are an American traveling in different countries, it’s common to find people who’ve been there once or never been there at all who think they know the US well. They think because they see American movies and TV shows and watch the international news out of the US, that they know the country better than many of its own residents.

In fact, I’ve come across many people who believe that the US media is so one-sided that people outside the country get an even more accurate picture. They’ll start out by saying “Americans are conservative,” or “Americans are lazy,” or “Americans are idealists,” as if all 300 million or so of us can fit into one category. I guess when you hear the outcome of a presidential election where the winner got 51% of the vote, you can easily forget that this means 49% of the people voted for someone else.

In other words, I think America is like pretty much every other country in that it’s greatly divided and nuanced on almost every topic. Name a big issue and you can be sure that probably 40% of the public disagrees with the majority on it. I’ve a feeling this is true in Russia and China and Saudi Arabia, even if not all of them are able to express their disagreements.

So even with the rant just above out of the way, I actually do conclude that if a person were to watch a broad range of TV shows from a country, then you can learn a lot in a short time. Compare that to reading a few novels or even talking to a resident who has their own fixed opinions on all the main topics, and a range of TV shows probably comes out ahead.

And the BBC America list is quite a nice mix that includes comedies, dramas, news shows, talk shows, and a few others. It’s a shame that watching TV shows from other countries is difficult if not impossible. You can watch The Simpsons around the world, but the huge majority of shows don’t generate enough interest to be distributed legally. I’m watching some new (to me) TV shows while here in England, and in some ways they are teaching me more about the place than the time I spend walking through museums or parks.