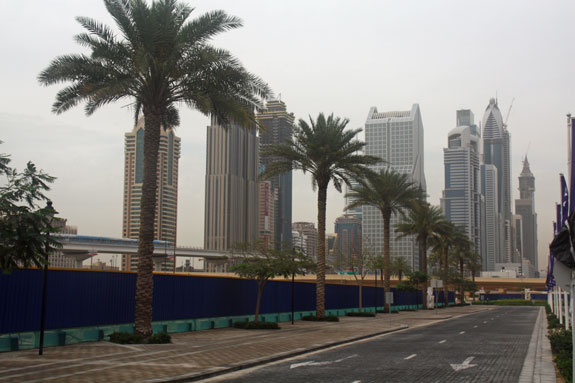 Many of us expats consider changing countries as one way to increase overall happiness. Now, I don’t think many people assume that moving on its own will make them happier, but rather it’s one element in an overall strategy that might also include being able to spend more time outdoors and hopefully also living a better lifestyle.

However, it’s debatable how much any of that stuff really does make us happy. Looking at the recently released Columbia University Earth Institute Happiness Index, we once again notice that literally all of the highest rated countries have climates the citizens would prefer to trade for something else. Of course, this also isn’t proof that moving to a good-weather climate won’t make you happy, but it should make you think a bit before you assume that it will.

At least according to surveys like this one, happy people tend to be wealthy, at least relatively speaking, and those in northern Europe are among the wealthiest in the world. Denmark is on top, once again, and Norway and Switzerland are right behind. The Swiss don’t hate their weather as much as the Scandinavians do, but still you won’t find many of them moving to similar climates when they have warmer options.

You have to go all the way down to Australia at #10 before you’ll find a country that people move to for better weather. Costa Rica, New Zealand, and Panama also are known for good weather, and at least the UAE is known for sunshine, but still it’s interesting how there is a negative correlation like this.

These surveys are locals rather than expats, but still it’s interesting

One immediate thing that some people might mention is that these surveys are almost completely made up of nationals rather than expats, with the likely exception of the UAE. So it could be the case that expats in Thailand and Brazil are happier than expats who’ve moved to Canada or Saudi Arabia.

On the other hand, it’s also important to consider that people living in Denmark and Norway report the highest happiness. It goes to show you that short summers and very long winters don’t really cause problems for the majority of people when everything else in their lives are going well.

Does moving to sunshine cause happiness?

One of the reasons I find this a fascinating topic is that I’ve spent years living in places like Thailand and Turkey, where thousands of Europeans move to each year in search of something better. In many if not most cases these people are retired and they not only get sun, but also a higher standard of living for the same money. Still, I think this should make some of us think twice about our motivations to move.

I lived in the desert near Phoenix, Arizona for six summers and those last few were pretty unhappy. I blamed the weather, in part, for my depression, and then I moved back to my home state of California. But things didn’t automatically get better when I got there. Looking back, there were a few other aspects of my life that I was unhappy with, and it was easiest to focus on the scorching summers. It was also the easiest thing to fix, so I sold my house and moved to the beach.

The point of all of this is, if you know someone who seems obsessed by moving into a better climate, there is probably a good chance the climate isn’t the real issue. With a good job and happy family life, people living near the poles or in deserts report high overall happiness. And people who move to tropical beaches still have to find something else to make them happy once they arrive.