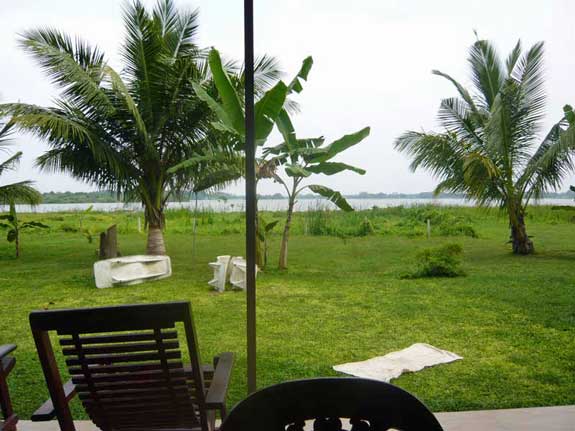 Since the civil war ended only a few years ago, Sri Lanka is now clearly in a tourism boom. The small island south of India has made it on countless hottest destinations lists in the past year or so, and I’m now two weeks into a 3-week tour of the country myself. The one thing I’m not really seeing is any trace of an expat community, at least outside of Colombo itself.

Sri Lanka is in an unusual stage in that its tourism industry seems almost new, and there is a long way to go. Burma might be in a similar situation, although that country still has problems and will have to go more slowly if it becomes a tourism hotspot. Sri Lanka just this last week opened a huge new international airport not far from the southern beaches that should draw hundreds of thousands each winter. The question remains though, will non-corporate expats start moving in as well?

Few signs of expat communities outside of Colombo

Thailand is certainly the most popular expat destination in southern Asia for retired people and digital nomads, but you can find little expat communities in just about every town in the region, whether it’s Vietnam, Cambodia, Malaysia, or even India. So far in Sri Lanka I’ve come across one British guy who owns a popular bar in Kandy with his Chinese wife. Aside from that, they are well hidden or not here at all.

My guess is that with the civil war raging for so long until recently, very few expats wanted to set down roots here, even though it’s cheap, beautiful, and easy to navigate (since most people speak decent English). For those thinking about settling in a new spot in the Tropics, now seems an ideal time because prices are certain to go up as more people discover the advantages of Sri Lanka.

The expat infrastructure needs work though

In a classic chicken and egg scenario, it’s not surprising that there are few services for expats here so far. It’s not like Tesco is going to build a hypermarket here before it has enough customers, so it will require thousands of expats to stream in that are willing to shop at tiny markets and outdoor stalls first.

There is also a need for international banks, clothing shops with Western sizes, and especially a better transportation system. At the moment the main options for getting around are a very slow train system (with minimal first class options), and local buses that are incredibly cheap but just as slow. The best option currently is to rent a car with a driver, and they are abundant, but they aren’t exactly cheap. Most other countries in this region have plentiful VIP tourist buses and 1st Class carriages on nearly every train. But again, the demand isn’t quite there yet so it’ll be a waiting game.

Lovely small towns that are ideal for expats

The good side about this country for future expats is that there are many ideal spots for communities. There are many beach areas for those who prefer that lifestyle, and there are also several lovely towns in the Hill Country, with gorgeous scenery and moderate temperatures. One of them called Nuwara Eliya even has a horse race track and is sometimes called Little England, even though there doesn’t seem to be many Brits living there now.

Sri Lanka is also cleaner than India and less of a culture shock, so it really should be a big hit with leisure expats once the word gets out. There are many new hotels being built, and now with a new airport, it should grow by leaps and bounds each year indefinitely.

2 thoughts on “Sri Lanka is booming in tourism, but is it ready for expats?”