Home » Advice » The new “Most expensive expat cites” list is out, with the usual misleading data 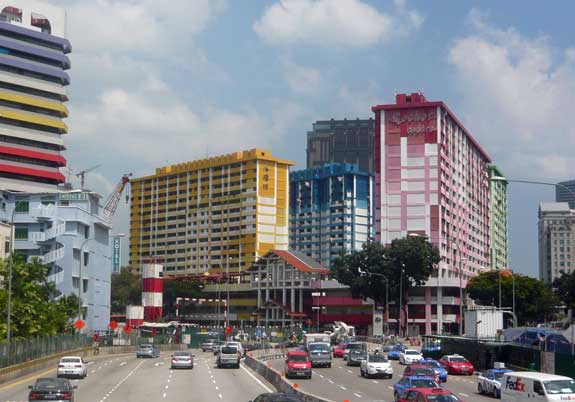 The fine folks at ECA International, which is evidently a global human resources consultancy firm, has released its 2013 list of the most expensive cities for expats, and most outlets seem to reprint it without evaluation. I’ve actually mentioned this in the past, but this year the list is even more skewed than before, so I can’t help but discuss it again.

On top of the list of most expensive cities is Oslo, which is actually a justifiable champion because it’s the most expensive city in an expensive country where nothing is cheap. There’s another more obscure Norwegian city on the list, as well as Zurich, Geneva, Bern, and Basel, which are also solid choices for similar reasons in Switzerland. Tokyo also deserves its place, even if it has fallen down the list this year due to a weakening Yen.

The cities that don’t really belong

Where I begin to take issue with the list is that Luanda, Angola comes in #2, Juba, South Sudan is #4, and Moscow is #5. The average incomes of locals in these three cities are only a fraction of the incomes of the others on the list, so this “expat” list only really applies to executives at multi-national companies and oil engineers.

A list of English teachers or NGOs would look very different

I’d imagine that if I looked at the methodology of creating the list it would show the usual components of pricing a 3-bedroom house and Western groceries, and even a car and driver if taxis are considered unsafe. So if you are an oil executive and you need all of those things, then this list is perfect.

But most expats fall into very different categories. I’ve met hundreds of English teachers and NGO workers as well as countless retirees and digital nomads. For these people a city in Africa or even Russia would be far cheaper because they are willing to adapt to local customs and standards.

If you are an expat moving to New York City, you will discover that a studio apartment a bit larger than a shoe box will cost over US$2,000 per month anywhere in Manhattan, or a bit under that in Brooklyn or Queens. There’s no way a similar apartment in Juba could cost that much because only a tiny group of workers can afford them.

Median income is a better gauge