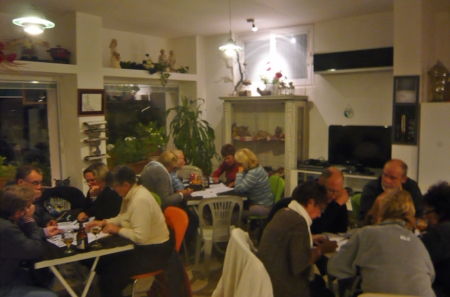 I’m not proud of it of course but I have to admit that I’m normally no good at making new friends as an expat adult. It’s challenging enough when I’m in my home town or at least a town where everyone speaks the same language I do, and it’s even more difficult when I’m living in a foreign country.

We all live and learn and develop strategies, so I’m compelled to share the one I’ve found the most success with in different parts of the world for finding friends, namely the “pub quiz.” If you are living in a place with more than a few British expats, or even American ones, it’s likely there is at least one weekly pub quiz going on.

What is a pub quiz?

In the United States we’d call this a “trivia night” and there might be other names elsewhere, but the British version seems to have taken hold internationally so it’s the one to look for, even in the US itself. Evidently this particular style of trivia contest started in the UK in the 1960s and it’s turned into a ritual in pubs all over the UK and then all over the world.

Basically, there is a quiz master or host or presenter who writes that week’s questions, and everyone else breaks into teams of between 2 and (usually) 6 to answer them. In some places the quiz master is the same every week, and in others they rotate so anyone can take a chance once they know the local formula.

Generally, the answers are written down on one common sheet per team and then scored by another team or the quiz master at the end, though there are some pub quizzes where teams shout the answers out live. There’s usually a round of photos or other pictures to identify, and sometimes there are musical clues, but most of it is just asking trivia questions on a wide variety of topics. Usually there is a small fee for each player, which then goes to the winning team or teams.

An ideal social event for newcomers

It’s true that people who are fond of trivia in general will enjoy pub quizzes more, but everyone is welcome and the main point is a social evening rather than a cutthroat competition. In other words, all are welcome, and in the games I play in about half the crowd is mostly there for a night out rather than a serious game.

The best part of it for meeting people is that it’s a pressure-free environment where you can be nearly silent at first and ease your way into the conversation. Sort of like a first date going to a movie, it’s an ideal way to spend time with new people without having to be locked into a full-on conversation the entire time.

As I implied up top, I’m quite shy so if I meet a new group of people at a bar or restaurant where it’s all about the conversation, I tend to be very quiet at first. But in a pub quiz, that’s not bad or unusual at all, and hopefully you’ll know some answers that will ingratiate you within your team.

Being a newcomer in Amsterdam, Kas (Turkey), and even New York City, I’ve turned up at pub quizzes and after only a few weeks I was a regular member of the social circle. In most cases I was then invited along for dinners or other outings, all because I played on the pub quiz team.

If you are terrible at trivia you might feel pressure being part of a team that could actually make it stressful, though even if you aren’t an expert it’s likely you’ll have some valuable answers and can at least join in the conversations at times. It’s something to consider if your social circle is smaller than you’d like.