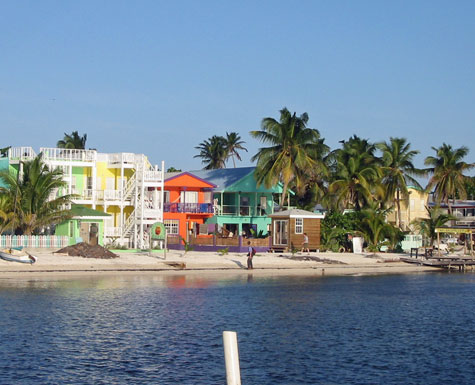 As Central America’s smallest and least populated country, Belize is misunderstood by many who’ve yet to visit. Formerly known as British Honduras, this small country along the Caribbean just south of Mexico is very unlike Guatemala or any of the others to its south. English is the official language, which alone makes it far easier for most people to enjoy either a vacation or a retirement.

Caye Caulker (pronouced key caulker) is a long and thin island that is the closest of the resort islands to Belize City. The larger and more popular island is Ambergris Caye, and that one is known for boutique resorts and romantic getaways, while Caye Caulker has always been known as the ideal stop for backpackers and budget travelers, but there’s a lot more to it than that.

The vibe in Caye Caulker

It’s hard to communicate the degree to which Caye Caulker is a relaxed Caribbean island, but it tends to shock people when they first arrive if they are used to resort towns in Mexico or islands in the West Indies. There are no paved roads in Caye Caulker, and there are actually only two real streets at all, conveniently named Front Street (along the sea) and Back Street (closer to the mainland).

While English is common, especially in print at all hotels and restaurants, the local accent is something of a pidgin, and quite Jamaican sounding. In fact, reggae music tends to be the soundtrack of many of the bars and restaurants, so it does feel as exotic as Jamaica in many ways, but without the drug gangs and violence.

Golf carts and the main vehicles and also serve as taxis, but the island is small enough that most visitors are able to walk anywhere they want to go within 5 or 10 minutes at the most. The restaurants and bars along the beach are all quite crowded at nights during the high tourist season, which runs from December through March, but they can be almost deserted in the other months.

If you are looking for a small and exotic place to relax and maybe do some snorkeling or diving, then Caye Caulker could be ideal, but be warned that there are only a few small beaches and most of those are unimpressive. Most of the island is circled in mangrove forests, so if you want a nicer beach you should think about going to the Placencia Peninsula instead.

The cost of living in Caye Caulker, Belize

Many Americans and others daydream of buying real estate on Caye Caulker, and it does tend to be quite affordable, but not as cheap as one might expect. Even modest houses cost US$100,000 and up, and nicer custom-built homes can be many times that. Hotel rooms start around US$10 per night for the very basic places, and go way up from there.

Food and drinks will be cheaper than almost anywhere in the United States, but more expensive than most of the rest of Central America. Dinner at one of the popular tourist restaurants will cost US$7 and up, although the local beers can be found for around US$2 each, so it can be a convivial place for a slow and ultra-relaxing vacation.