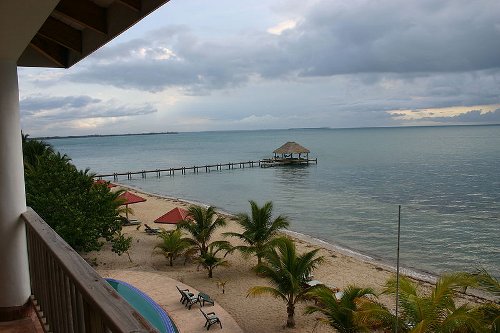 Placencia is a peninsula on the Caribbean coast of the Stann Creek District in Belize, and home to many of the country’s most beautiful beaches. And it might just be the perfect expat escape on the whole of Central America’s Caribbean coast.

Although Placencia Village has only a simple population of around 750 permanent residents, it still offers copious amounts of amusement, such as bars, and entertainment like kayaking, snorkeling, diving, saltwater fly fishing, whale shark watching during the full moons between April and July of each year, light tackle saltwater fishing, as well as numerous restaurants and a local art gallery.

Placencia Village is also home to Lobster Fest, the Placencia Peninsula Arts Festival, and Easter Week (similar to the U.S. ‘Spring Break’). It’s a happening place for such a small town!

Placencia Lagoon is also something you won’t want to miss. With manatees, dolphins, rays (the Lagoon is a nursery for some species of rays), mangrove forests, birding by canoe or kayak, fishing (juvenile tarpon, snook, barracuda), wetlands and sea grass beds, divers and snorkelers are sure to find there own little piece of paradise here.

Also found on the peninsula are the Mayan ruins of Nim Li Punit and Lubantuum. Amateur archaeologists, prepare to be delighted!

Even better, only a day trip away is the Cockscomb Basin Wildlife Sanctuary, a nature reserve in south-central Belize established to protect the forests, fauna and watersheds of an approximately 400 square kilometre area of the eastern slopes of the Maya Mountains. The reserve was founded in 1990 as the first wilderness sanctuary for the jaguar and is regarded by some as the premier site for jaguar preservation in the world.

When you’re not out exploring nature, sit back, relax and enjoy the laid back beach life. The eastern side of the Placencia Peninsula is a long expanse of white sand beach, and except during high traffic times for tourists, Placencia is a quiet nook where you can easily find a sandy spot all to yourself.

All in all, I don’t think it’ll take much convincing to get you to stay. If you come to visit, book a return ticket at your own peril!