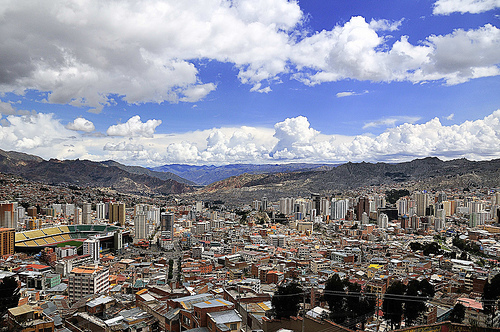 La Paz is the capital of Bolivia, and also its second largest in terms of population, with about 877,000 people. It is situated at a high elevation in the western part of the country, within a canyon surrounded by hills. It is also located near Illimani, a snow-capped mountain. La Paz takes the record as the highest capital in the world; it also contains the world’s highest golf course and football stadium. Many important Bolivian universities are located in La Paz, and there are also several local festivities that go on throughout the year.

There are 7 main districts in the city that are numbered and then divided into other neighborhoods. Socially, the city of La Paz is set up where the more wealthy neighborhoods are in the lower areas of the canyon, and the middle-class citizens live in the areas slightly higher in elevation. Up in the hills are some of the poorer areas of the city. 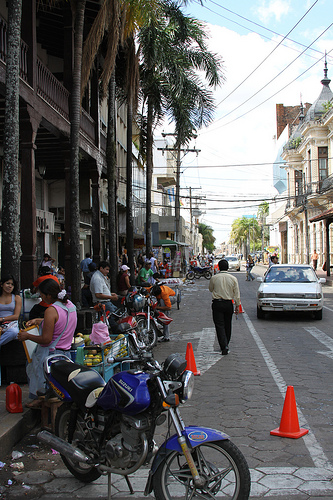 Santa Cruz is located in eastern Bolivia. It is this country’s most populated city, with about 1.5 million residents. This is also the richest city in Bolivia. Santa Cruz used to be very isolated, but it became connected to many other cities through transport in the 20th century, which allowed it to develop as an industrial and trading center that attracted immigrants. Though this city has become increasingly diverse and integrated with the rest of the world in recent years, it still retains a good deal of local traditions and culture. Lots of traditional Bolivian food is cooked in Santa Cruz. 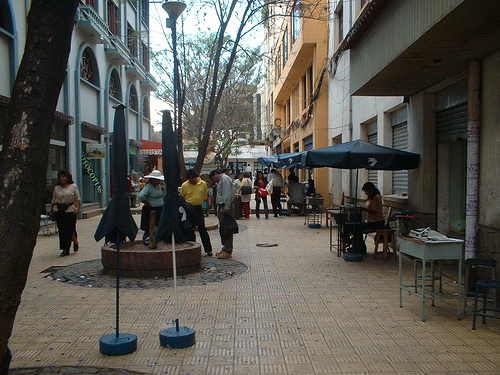 Cochabamba is situated in the center of Bolivia, within a valley of the Andes Mountains. Over 600,000 people live in Cochabamba, making it the third largest city in the country. Some nicknames for this place are the “City of Eternal Spring,” and the “Garden City,” as it enjoys spring weather throughout most of the year. This area has been inhabited for thousands of years by groups like the Inca and Tiwanaku, because it had fertile soil and nice climate.

Today, it is considered a very economically and socially progressive city. Its center has a great deal of commerce, nightlife and other urban facilities, but it is less polished towards the outskirts. A few important universities also are based in Cochabamba. This city is becoming a hot spot for foreigners and expats to move to, with many nice residential areas and other favorable attractions.

2 thoughts on “Navigating the Cities of Bolivia”