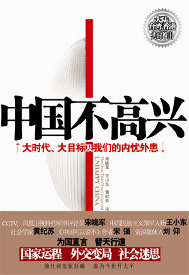 A book translated as China is Not Happy was released a little over a month ago, expecting to spur Chinese nationalism and anger against foreigners, particularly Western foreigners. But the intent of the book has backfired as public outcry has instead been directed at China.

“Outwardly this is a book about patriotism,” said commentator Chang Ping in the liberal Southern Weekend newspaper. “The problem is that it does not help China solve its problems by revealing them. On the opposite, it wants China to succeed by hating other countries and by castigating Chinese people that like other countries.”

Of course, this is good news for expats living in China. Despite attempts to shelter the public, the unexpected reaction to the book showcases that the Chinese are more open to the West than nationalistic propaganda would otherwise suggest.

This also portrays the dangers of nationalism to the open spirit that so many expats share about the world. Expatriating is about more than just seeking a different way of life. It is also about diluting lines between borders, celebrating differences, and challenging ourselves to see and think anew every day.