Beijing, China, is a huge city with a very developed public transit network. Locals, visitors and expats can easily get around in Beijing with no car! Because it is a very populated city, any methods of transportation are bound to get crowded in stations and in carts.

Those who use the Beijing public transit system often can buy the Yikatong, which is a contact-free pre-paid card for the subway, bus and even taxi services. Passengers must purchase cards at subway stations (and some bus stations), and put down a deposit; these cards can be filled and refilled in units of 10 yen, at counters or ticket machines.

Though the bus system has been very developed, the subway and suburban commuter rail systems need expansion in order to accommodate the massive usage. 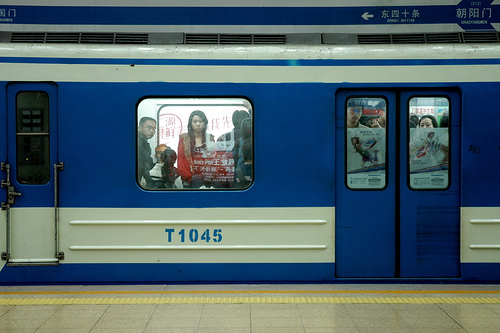 The Beijing Subway currently contains 9 lines that take up 228 kilometers of track, stopping at 147 stations. It is the oldest and busiest subway system in China. This network is under a great expansion program, and they plan to build it up to 19 lines by 2015. It is a fast, clean, efficient service. It costs 2 yen for an unlimited ride anywhere, except for to the airport.

Click here to take a look at the Beijing Subway Map. 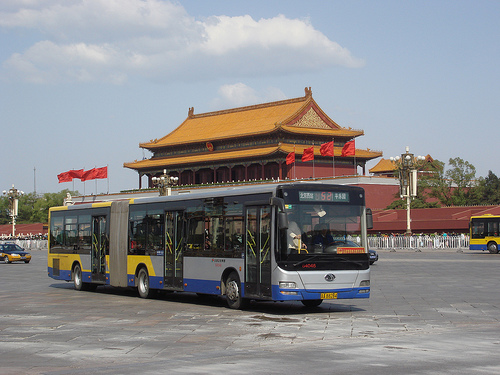 Beijing has a very developed bus system, with over 500 routes that sprawl all throughout the city. The routes are numbered 1-999.

All of these systems have different fare systems, but it is much easier if you pay through the Yikatong card. Buses that go longer distances will charge based on how far you go.

The Beijing Suburban Railway goes to and from outlying counties around the city premises. There is only one S-line currently in operation, while six more have been planned.

Beijing is also a major railway hub that connects trains to the remainder of China, and there are eight major railway systems that operate out of this city. There are even trains that go from Beijing to cities in Russia, Mongolia and to Pyongyang, North Korea.