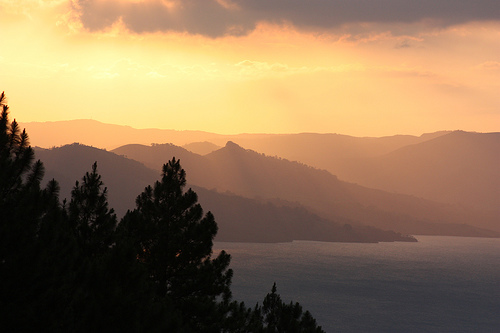 Lake Arenal is the largest lake of Costa Rica, and it is situated under the Volcano Arenal, and surrounded by rolling hills of farmland and forests. When Volcano Arenal erupted in 1968, it increased Lake Arenal to be three times its previous size. Its water is used to power a hydroelectric project that fuels some of the electricity in Costa Rica. People go to this lake year round to go fishing, kayacking and windsurfing. 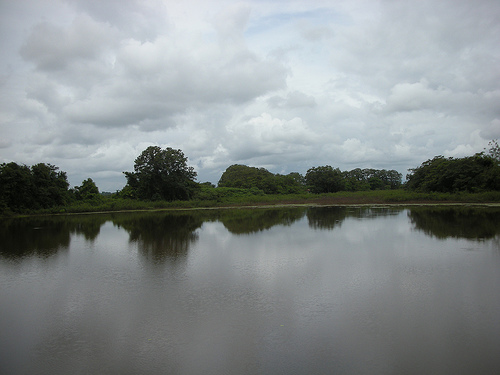 Lake Caño Negro is a protected area in a greater wildlife refuge that is located close to the border of Nicaragua. It is a shallow, seasonal lake. It is very hard to travel to this lake alone, without some sort of guide. People go here to see all sorts of different birds and monkeys, as well as plants on the surrounding virgin land. 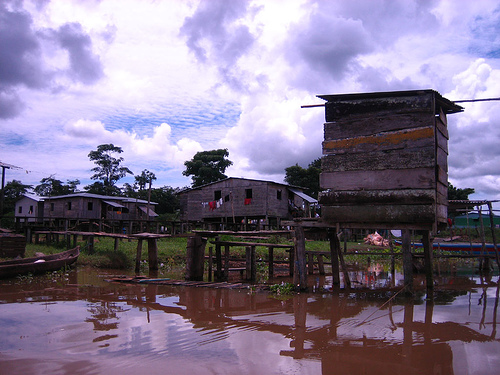 The San Juan River flows out of Lake Nicaragua, and part of it forms the border between Costa Rica and Nicaragua. Lots of freshwater bull sharks and sawfish swim in this river. 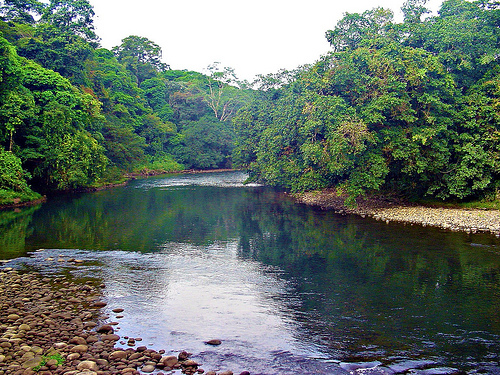 The Sarapiquí River runs for 84 miles, and is famous for its natural surroundings. It is located in lowlands tropical rainforest, which are rich in species of birds, monkeys, turtles and other creatures. There are also some coffee and sugar cane plantations located around this body of water. 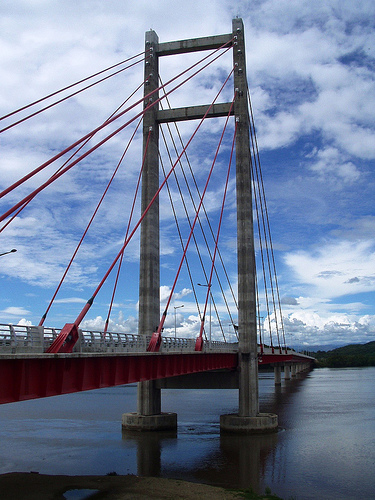 The Tempisque River is 144 kilometers long, all of which is in Costa Rica. It begins in Guanacaste Cordillera, and flows to the Gulf of Nicoya. It is a very biologically diverse river that flows through the Palo Verde National Park, where it hosts many crocodiles, birds, lizards and monkeys. Many farmers use this river’s water for irrigation.

The Reventazon River stretches for 145 kilometers in Costa Rica. It is an adventurous river where people can go canoeing, fishing or rafting. Its waters provide some of the drinking water for the San Jose metropolitan area. 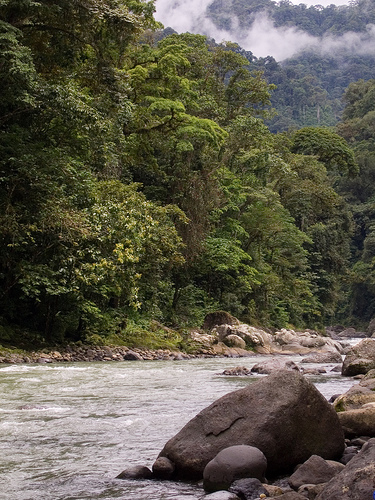 The Pacuare River originates in the Cordillera de Talamanca, and flows for about 108 kilometers before terminating in the Caribbean. Lots of people go to these waters for white water kayacking, white water rafting and riverboarding. It is a very scenic river that goes through the rainforests, which are home to animals like birds, monkeys, jaguars and ocelots.