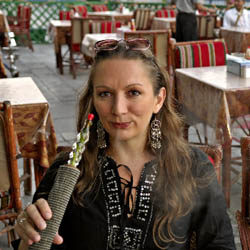 Today’s Expat Spotlight interview is Lara Dunston, a perpetual globetrotter who has been living out of her suitcase since 2006 and calls Dubai, UAE as her home base.

I simply wanted *more* – more experiences of the world, its people and places, and other cultures than Australia offered. I spent a year in South America for my Masters in International Studies, researching Latin American Cinema, and travelling to film festivals all over the continent, and the moment I returned to Sydney I was ready to go again.

I’d been making films and writing prior to returning to study, but an experience teaching participatory filmmaking to women in shanty towns in Rio and Lima inspired me to work with women teaching film. I also wanted to explore a new continent, despite having spent two years studying Latin American history, culture, politics and economics, and Spanish. Serendipitously I saw an ad teaching film and media studies at a women’s university in Abu Dhabi, I applied, got it, and we moved to the Middle East. My husband and I have been living in the United Arab Emirates, first Abu Dhabi, then Dubai, since 1998.

I guess we’re expats of the world! I’m a full-time travel writer now, and I work with my husband, Terence Carter, who is a photographer and writer. In January 2006 we put our stuff in storage in Dubai; we had a year’s worth of work lined up, so we simply took to the road and we’ve been living out of our suitcases every since. We write a lot of stories for a wide range of travel magazines, newspapers, in-flights and hotel magazines all over the world, but we mainly write and photograph travel guidebooks (and we’ve worked for all the big publishers, DK, Rough Guides, Lonely Planet, Footprint, AA Publishing, Thomas Cook, you name it) and when we’re researching and writing those we tend to rent an apartment and base ourselves in a city for a couple of months – so we’ve lived in Amsterdam, Buenos Aires, Brussels, Milan, and so on. When we’re working on country guides, we’re pretty much driving all over a place for a month or three – as we did in Italy last year – or five months as was the case with recent books we have done back in Australia. We’re getting a bit tired though, so we’ll soon be setting up home again in the UAE, probably Abu Dhabi, and we’re also planning on buying a place in Buenos Aires, and splitting our time between the two.

I once wrote a chapter on Expats for a Lonely Planet guidebook we worked on (Oman, UAE and the Arabian Peninsula), and there were lots of gems of wisdom people shared for that, however, there’s nothing singular I remember – rather than advice, what I take from other expats is their attitude, the expat’s sense of cosmopolitanism, of knowing the world, that the world is their oyster and anything is possible, to go anywhere, do anything, but most of all, that to be an expat is to be at home in the world.

To take that chance, take that risk, take that leap – because when you do it, when you accept that opportunity, that job or chance to study or business opportunity, you’ll soon realise it wasn’t a risk at all, and after a while, once you feel at ‘home’ that it wasn’t such a great leap either. We might speak different languages and have different coloured skin but we’re all essentially the same within – and the chance to discover that through friendship with your new neighbours on the other side of the world will be one of the most enriching experiences of your life.

I enjoy a lot of blogs by people who moved to new countries and started new lives, but I’m not so sure I’d call them expat sites. Readers should take a look at my blog roll at Cool Travel Guide – there are so many out there, but one of my favorites is Maryam in Marrakesh, by an extraordinary American woman and her architect husband who are building a guesthouse in Marrakesh.

We’re always on the move, and always dreaming of new places to experience and live. We’re heading back to the Middle East, but we’re planning a part-time move to Buenos Aires. I’d also love live in Asia at some stage in the future – perhaps Thailand, Singapore or Hong Kong. And I wouldn’t mind joining Maryam in Marrakesh for a while. We’ve just spent 8 months in total working on two books in Australia for DK and Rough Guides – it was a huge research trip that covered almost half of the country, and while it was wonderful, it reaffirmed for us that we’re not ready to move back to Australia yet. We’re very much at home in the world.

I worked in education for seven years in the United Arab Emirates, first of all teaching film, writing and media studies in a communications department at a women’s campus in Abu Dhabi, and then managing that same department at another campus in Dubai, so I was nurturing the talent of young Emirati women and it was absolutely amazing, getting such an insight into their lives and their very rich culture that tourists simply don’t get. The Emirati people are incredibly underrated – they’re extraordinarily gracious, hospitable, tolerant, open and welcoming. And the women in particular are very funny! I had the best time ever working there, and my very first graduates, who now working in television, marketing, graphic design, etc, are now some of my closest friends. 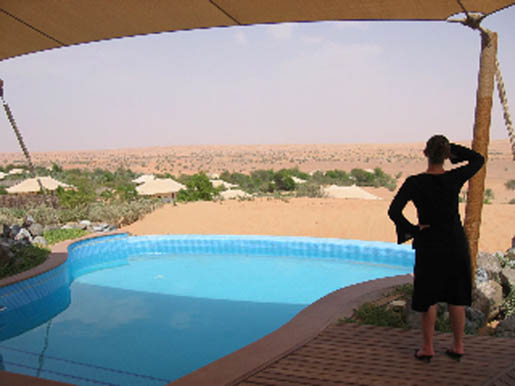 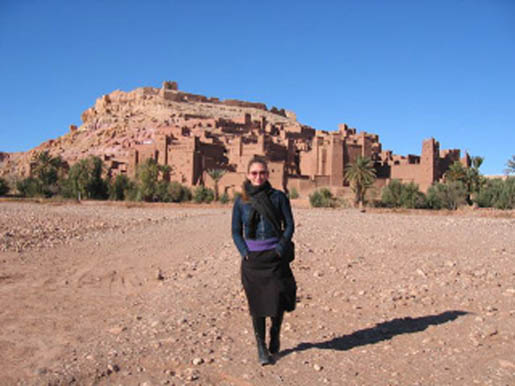 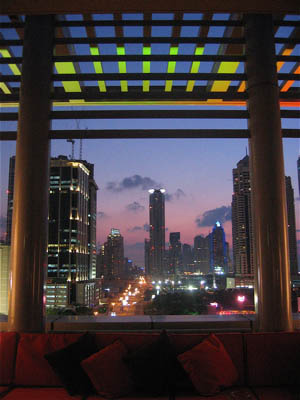 Absolutely. The Arabian Peninsula, and especially Dubai, get such a bad wrap. I think a lot of the negative coverage in the media is racist, a lot of what is written is simply not true, or it’s wildly exaggerated, and it’s not the experience of the majority of expats. I loved every minute of living there, and still do – I wouldn’t be pulling my stuff out of storage otherwise. And most of my friends do too. I have some friends who’ve lived in the UAE, in Abu Dhabi and Dubai, for over 20 years.

You know I don’t think about an “expat community” as such – I think more in terms of the society I’m living in as a community and that expats and locals make up that community. I prefer to have as many locals as possible as friends so I can learn as much as I can about the place and country, and if expats are part of that group then great, but I would never seek out other expats for the sake of it.

I think to get the most out of the “expat experience”, expats should try and get to know the culture and people of their host country as much as possible, learn the language if they can and have the opportunity, although that can be challenging if they’re surrounded by other expats. But at least get to know the food, the music, the local customs and traditions, and really make an effort to go out of their way to experience the local culture and befriend the locals. That’s where the enrichment of expat life really comes from – for me anyway.

Thank you, Lara for participating in our Expat Spotlight! We wish you success and happiness in your current location, and wherever your dreams and business endeavors take you.