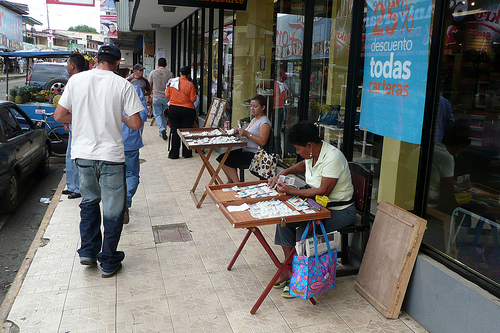 Panama is a diverse country. Most people are either Creole or mestizo. The urban elite population tends to be Creole with mostly Spanish heritage. There are also some Spanish, Greek, Italian, Korean, Chinese and Sephardic Jewish minorities in urban areas. The native population refers to themselves as “naturales.” There are also some people from African descent that came in through islands in the Caribbean. Most people practice the Roman Catholic religion.

Spanish is the official language in Panama, but these different populations will tend to speak other languages. English is commonly used in business, banking and tourism.

The family is very important to people in Panama, both in the nuclear and extended network. Nuclear families live together, and it is not uncommon to have extended family members, like grandparents, nieces and nephews, to share the same dwelling space for financial reasons. Sometimes people in the countryside send their children to live with their aunts and uncles in the city to get a better education. Grandparents often live with the families because there is not a culture of nursing homes. Family gatherings are common, and families will try to all live close to each other.

In Panama, people tend to be very hospitable. However, they tend to be quite formal when meeting strangers. Once a relationship is past a certain stage of comfort, people start to get invited to parties.

People dress fairly formally in Panama, despite the warm weather. Dress and appearances are considered important, especially with women. Western styles like blue jeans are very common in urban areas, as is keeping up with current trends. People dress more simply in the countryside, but this is changing because they often go to the city to try to find work. 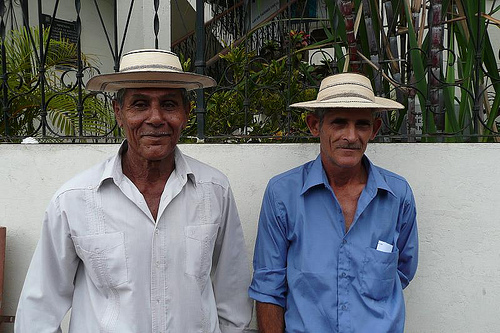 There is a rich tradition of folklore in Panama. One common cultural trademark is the lively salsa music. There are also many widespread indigenous craft styles expressed on textiles.

In terms of food, much of the cuisine is centered around corn, but there are also a variety of bananas, avacados, coconuts, mangoes, papayas and other tropical fruits in the diet. Rice is also served with most meals, accompanying meat and fish. There is a large consumption of seafood, due to the proximity to the water, such as shrimp, lobster, haddock and red snapper. There are also many traditional meals served with beef and chicken.

One thought on “Learning the Social Customs of Panama”