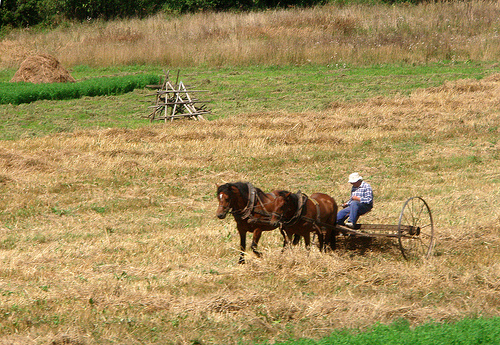 Slovakia is traditionally a rural culture, descending from people who settled around the Danube River basin around the 6th and 7th centuries. Though there was some industrialization took place under the Soviet regime, it still remains mostly a farming country with some modern regions. Bratislava is the largest Slovak city, with a population around 429,000.

Their language, called Slovakian or Slovak, is a Slavic language that is very similar to Czech, though it has some fundamental spelling differences. Few people speak English as a second language in Slovakia, especially in rural areas; German is more common. There is definitely a rivalry that exists between Slovaks and Czechs. Much of the Slovak history is written to reflect oppression, first from the Soviets and then from the Czechs. These two countries broke apart peacefully in 1989, during the Velvet Revolution, ending the old nation, Czechoslovakia.

Slovaks are very tied to their families and see them as the basis of their social structures. This is especially apparent in rural areas. Other than the family, Slovaks tend to be private people, and can come off stand-offish and not open to strangers. This tends to change once they begin to know others better, but that takes time.

A large part of Slovak culture is the spa. Slovakia generally has a cold, wet climate, so people choose to escape through the many natural hot springs. There are also deposits of peat and mineral-rich mud. These materials have folk remedies, being used for generations to cure ailments.

The Slovaks tend to be quiet and reserved. Greetings are warm, but they probably are not overly emotional or personal. People will probably expect a handshake, eye contact and greeting for the appropriate time of day. “Dobre rano” means “good morning”; “dobre popoludne” means “good afternoon”; “dobru noc” means “good evening.” Do not use someone’s first name until invited; instead, say “Pan” (Mr.), or “Pani” (Mrs.), followed by the last name.

If you are invited to a Slovak home, it is appropriate to bring a gift, such as flowers, wine or chocolate. Flowers should be in odd numbers, just not 13; refrain from giving chrysanthemums or white lilies, which are used for funerals.

If a Slovak invites you out to be entertained, it will probably take place in a pub, restaurant or wine bar. Homes are generally considered private. Nevertheless, you may be invited to a home, in which you should arrive on time, and take off your shoes at the door. You should dress well, and do not bring up business or professional matters. At the dinner table, make sure you wait for the host to initiate the meal by saying “do brou chut.” Do not put your napkin on your lap, but keep it folded next to your plate. Toasts will probably occur a few times during the meal, as the culture is not shy of alcohol. The most common way to toast is to say “naz dravie,” meaning “to your health.”

3 thoughts on “Learning the Social Customs of Slovakia”