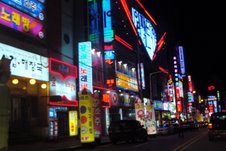 Many young Americans, especially ones right out of college, are intrigued by the idea of teaching English abroad. It is advertised all over places like Craigslist, and even bulletin boards of colleges. Such ads give promises of amazing-sounding careers, salaries, benefits and experiences, but do not highlight many of the downsides, challenges and difficulties you may face. South Korea has become one of the biggest hotspots for English-speaking expats to teach their language. 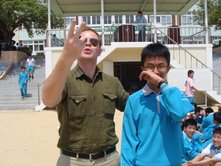 Patrick Collins, a twenty-three year old from New Jersey, is currently teaching English in rural South Korea, in Gimcheon. Having graduated from Colby College in 2008, he decided to teach English in Korea because the job market in the United States was so bad. He also felt that it would be a great opportunity to learn about a new culture and pick up a new language.

Collins went through the visa process himself: “The visa process is easy. Once you obtain your contract obtaining a visa is a piece of cake, but obtaining the contract has some difficult steps; you need to obtain your criminal history record, a photocopy of your diploma with an apostille, and your transcript with an apostille. If you don’t know, an apostille is a seal that your state government provides to you at their state building. It can be confusing tracking down how and where to get this apostille, but once you figure it out, it will take about a week. If you don’t figure it out, it could take four months.”

He also warns that programs through EPIK do not know very much about the visa process. Americans should immediately email their state department to get the process going.

About actually living in Korea, Patrick has faced the fact that the culture does exhibit a degree of racism. He says that people will look right at you, point, and shout “Foreigner!” This is especially true in the rural areas. (This is probably influenced by the fact that Korea is a homogeneous nation, that they are one ethnic group with one language and heritage.) 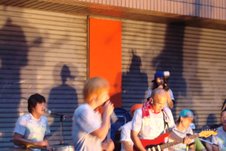 Though in a provincial area, Collins has been able to come into contact with many other foreigners, especially other English teachers. In large metropolitan areas, there are a lot of Americans and other foreigners. Seoul, the capital and largest city in Korea, also has an abundance of Western stores, especially in the Itaewon district.

In terms of transportation, you definitely don’t need a car in Korea. It’s a very small country, and the public transportation is excellent. If you travel in Korean cities, Collins says that anyone can get around not knowing Korean, but in the countryside, you’ll need to familiarize yourself with the language.