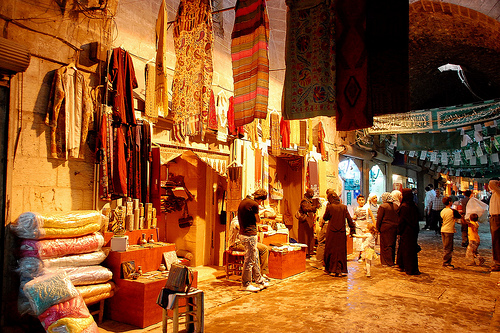 Aleppo is situated in northern Syria. It is the largest and most populated city in the country, as well as in the greater Levant area. An estimated 3.8 million people inhabit the city today, but it is one of the oldest cities in the world that has been continuously populated. The reason for its history of civilization is its location between the Mediterranean and the Euphrates; it also used to be the end of the Silk Road.

Though Aleppo had been in decline within the past century, it is rising again in importance as a landmark of Islamic culture. There is an old city in Aleppo that is contained within walls, centered around the Citadel, an ancient castle. The old city has many historic and religious buildings, as well as markets. Today, most of the city is Muslim and Arab, but there are also some other ethnic groups like Kurds, Adyghe, Albanians, Bosnians and others. It is a large economic center of the Levant, and also an educational center with many universities and state colleges. 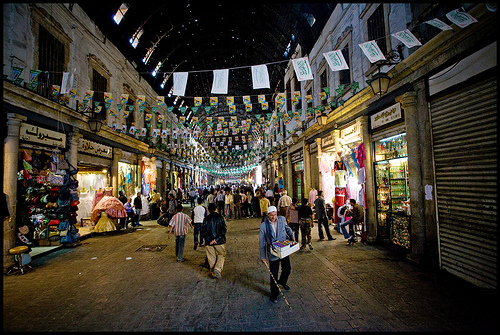 Damascus is the capital of Syria, and is considered to be the oldest continually inhabited city on earth. It has a long history of being a religious and cultural center for the Levant. About 1.6 million people live in Damascus today.

Damascus is situated in southwestern Syria, at the foothills of the Anti-Lebanon mountain range. The Barada River also flows through this city. There is also an old city here enclosed by walls, which is surrounded by suburbs that have been inhabited since the Middle Ages. In the nineteenth century, more people started developing residential areas on the slopes of Jabal Qasioun. From then on, many new commercial and residential areas have continued to be developed. About 75% of the city’s population is Muslim, but there are some small Christian communities.

Economically, Damascus is a major production center were lots of goods are made and then distributed to the rest of the Middle East. The city also hosts an international trade expo every year. There are also ample tourist resources with all of the history and culture, and many new cafes and shops have been developed for visitors. The real estate sector is also increasing. The government has approved a plan to build a metro in Damascus, but the present public transport system is a network of minibuses.