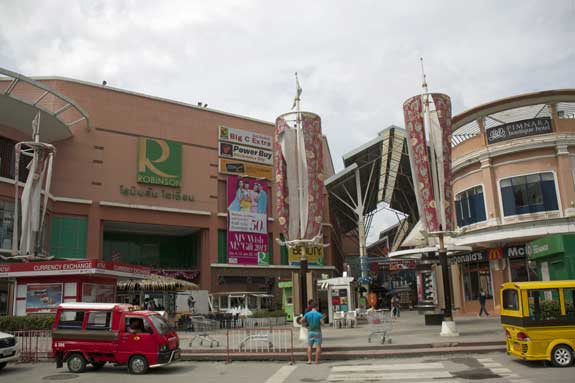 By now it seems everyone realizes that Asia is booming and it’s also home to many of the most modern countries on the planet. With so many expats considering moving to Asia, including those looking for work as well as those looking to retire in a cheaper place, it’s worth spotlighting the clear winner in so many categories.

As we’ll discuss below, Thailand is a combination of modern, inexpensive, and convenient that no other Asian country can match. Of course, it’s not the perfect choice for everyone, but it’s one that everyone should probably consider before locating elsewhere permanently.

1 – Thailand is cheapest of the modern countries

While Thailand is actually among the more expensive countries in Southeast Asia, behind only Singapore and Malaysia, it’s still cheaper than any other Asian country that has a large selection of Western modern conveniences. The other countries that are also “modern” enough for most expats include Japan, Korea, and the large cities of China, including Hong Kong. All of these have higher costs of things including housing and food, and in many cases much higher costs. Thailand is certainly the bargain in this category.

2 – The weather is decent all year round

Again, comparing the Thailand climate to the other modern countries, Thailand generally has the best year-round weather. Of course everyone has their own preferences, but most people like it sunny most of the time, and Thailand has more than its share.

Those who don’t mind it hot and steamy all year long will appreciate Bangkok, which is actually the hottest (on average) capital city in the world, or perhaps the beach areas nearby like Pattaya or Hua Hin. Phuket has a similar climate and a more relaxed atmosphere, but even for those who prefer it a bit cool in winter you have Chiang Mai up north, where they actually sell jackets and sweaters in the winter.

3 – The transportation is excellent

Thinking a lot about it, Thailand has perhaps the best transportation system in the world, when you factor in cost, availability, and comfort. There’s a rail network that connects many of the more important hubs, with comfortable cabins and low prices. But better still, Thailand (along with Malaysia) has arguably the best buses in the world, and they are cheap. Due to the lack of freeway overpasses, the buses in Thailand can be 5 meters tall or more, with two decks of comfortable seats, or one deck of super-luxurious VIP seats (only 3 across).

If you prefer to fly you’ve got Air Asia and a few more options, that connect all the major cities several times per day in most cases. The seats are comfortable and the fares are incredibly low if you book far enough in advance.

4 – You can find almost anything you want in Thailand

Most people know that Thailand has nearby neighbors of Vietnam and Cambodia (along with Laos) where most things are actually a bit cheaper. That’s great for adventure travelers or even a beach holiday, but if you want to live somewhere year round you want access to bigger stores with international products. As one example, there are no McDonald’s in all of Vietnam, and there are very few chain stores or restaurants of any kind.

In Thailand you still have the Buddhist culture with monks living among the masses, but you also have a 7-Eleven almost on every block, plus big hypermarkets with grocery stores and nearly everything else you can find in the US or Europe. It might sound more romantic to live in an area where the West has yet to properly invade, but for most expats, you appreciate having all the options.

5 – With so many expats, language isn’t a problem

For all the reasons mentioned above, and many more, Thailand is home to more expats than all of its neighboring countries combined. This density along with a big travel industry, means that English is widely spoken. For simple things like shopping it’s usually easy to get by with whichever local you are dealing with, and for more complicated things like finding healthcare or unusual products or services, you can find expats to help and even many who speak Thai.

In fact, with so many retired expats living in Thailand, a great many people learn the language, often with the help of a local partner. So once you find a social circle, you’ll probably have expat friends who speak Thai, and ways to learn yourself.