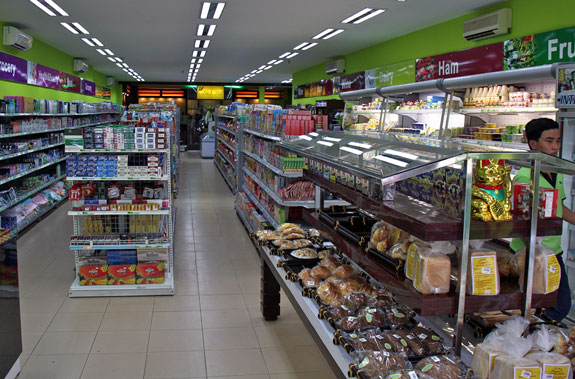 Most of us might have pretty good guesses as to which things are likely to be more or less expensive if we move from one country to another, but in reality there are also likely to be a few shocks, some good and some bad. And if you haven’t done much traveling at all yet, or if you are the type who doesn’t pay close attention to prices when you do travel, you are probably going to be way off on some things.

As someone who (for better or worse) is obsessed by prices and has traveled all over the world, I’ve now got a pretty good idea what things are going to cost, even in places I’ve yet to visit. So I thought it might be helpful to discuss some basic categories of things to give people an idea of what they might pay in another country.

Things that are cheap abroad

Whether it’s an apartment or a rental home, or even a home to purchase, the price will always be dependent on local average incomes. So in, say, Bangkok, where a full-time office job might pay US$600 per month on average, you can count on apartments being available for perhaps US$200 per month.

The one tricky thing about this is that in some countries and cities the standards of local living might be lower than most expats are comfortable with. Bangkok is a good example of this, as that US$200/month apartment might be 2 small rooms with a hotplate for a kitchen, and no air conditioning. You might have to pay US$300 or more for a place you feel comfortable in, but usually not much more.

Consider that almost everywhere around the world there are English teachers with modest salaries that are needed. If an English teacher’s salary wasn’t enough to live in any comfort, the teachers would stop coming. You might need to look around a bit, but generally you’ll be able to find cheap housing in any country where locals aren’t rich.

Another fundamental part of any economy is that the locals must be able to afford to feed themselves, at least locals with typical jobs. You hear about countries like Vietnam where US$50 per month is a common wage for young people, and you can be sure that they are still able to afford a few bowls of rice and some vegetables on that wage.

Any food item that is grown or raised locally and that is popular with locals is going to be as cheap as it needs to be. Whether it’s rice or noodles or bread, you’ll be able to find basic dishes at extremely low prices, at least as long as you are willing to prepare them yourselves. Meat can be expensive in places where locals don’t eat much of it, but even in those places you’ll find some protein that’s affordable.

There are some very expensive foods though, so you will have to adjust your own diet. I remember seeing pints of Haagen Dazs ice cream in Bangkok, which looked tempting until I noticed that they were about US$9 each, more than double what you’d pay in the US. Since they don’t make premium ice cream in Thailand, and it has to be imported in frozen containers, it’s extremely expensive. Dry pasta is similar in that it was US$2 per box in Thailand instead of US$0.60 per box in Europe, but local rice noodles were only US$0.30 for a similar size, so you just have to seek out the best local alternative.

It also goes without saying that entertainment, whether it’s concerts or dance clubs or theater, will have to be affordable to locals on average wages. So as long as you can warm up to the local offerings, you’ll be able to entertain yourself for very little.

And as long as you don’t mind being a pirate, you can almost always buy DVDs of recently released Hollywood films for only a dollar or two on the street or sometimes even in stores. You often won’t have an alternative to the bootleg discs, since they know no one is going to pay US$20 for a legit one even if it were available, so you can ease your conscience a bit knowing you aren’t making things worse. In fact, most expats I’ve met all over the world tend to bittorrent their entertainment anyway, and I’ll cover that topic soon.

Things that are expensive abroad

While it’s true that you can usually get a cheap mobile phone in developing countries, pretty much everything else is going to be more expensive than you’d expect. Considering that most of these things are manufactured in China, it seems logical that if you bought, say, a flat-screen TV in a shop in Saigon, which requires a far shorter trip to get there, plus the shop workers and store rent cost much less, that the TV would be cheap as well. Unfortunately, almost every country on earth adds a big tax to “luxury” items like TVs and such.

Especially for the latest electronic gadgets, you’ll never do better than prices in the US, especially if you can buy online or avoid sales tax another way. Hong Kong also has some good prices, but aside from those places you’ll be paying more for everything. The point is, if you are starting in the US, bring your portable gadgets from home because they’ll cost more wherever you go.

In a situation that is very similar to electronics above, you might think that cars would be cheap in places where wages and rents are much lower than in the developed world. But again, almost all governments tax the hell out of them, in some cases as much as tripling the cost of the vehicle.

Cars are absolutely considered a luxury item in the developing world, plus governments (rightly) want to limit the total number on the roads (except perhaps in Egypt and the Middle East) so they add several thousand dollars to every vehicle sold. In a few countries, such as India, local manufacturers are making cheap cars that might not meet safety standards in your home country, but they aren’t selling well in most cases anyway.

Motorbikes, on the other hand, tend to be quite cheap in most of the world, or at least they aren’t taxed as a luxury item. You’ll be able to find a basic new one for a bit under US$1,000 most places, and used ones for quite a bit less, of course.

In addition to electronics and cars, you can count on anything that isn’t produced locally to be expensive. As long as you are a similar size to the locals, you’ll be able to find cheap clothing, sometimes even with brand names that you recognize (probably fake). But if you want Levis or Calvin Klein or non-fake Adidas, you’ll be paying quite a bit extra for the privilege.

The same goes for many food items, as mentioned above. If you want a type of cheese or sausage that isn’t made locally, or microwave popcorn or anything else that isn’t widely consumed by locals, you’ll have to pay a fortune for it if you can find it at all.

When you get to a new place you’ll likely be thrilled by the low cost for things like housing and basic food items, but then later you’ll be frustrated by the exorbitant cost of some favorite things from back home. It takes some work and asking around, but usually you’ll be able to find a local substitute that you might end up likely just as much as the thing you missed. There just aren’t many things that are really important that you’ll have to give up, no matter where you go.