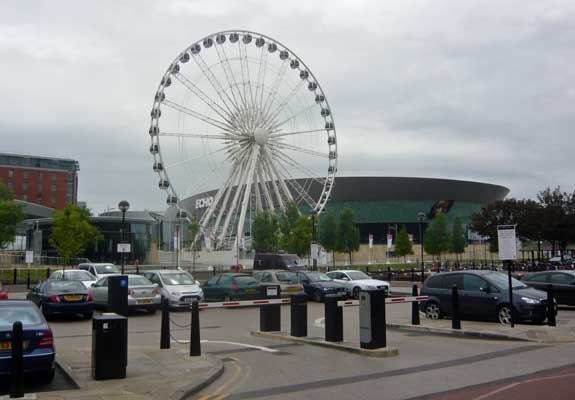 I recently watched a Fleetwood Mac documentary which included interviews with Mick Fleetwood and John McVie from their homes in Hawaii. We got tired of the cold in England, they said. For most of my life I thought that was sort of a wimpy attitude, but after spending a few weeks touring Britain in the so-called summer, I now get it.

When I lived in Turkey almost all of my friends were British expats from all over the country, and I’ve known that (seemingly) most rich and/or famous Brits eventually move to Los Angeles, or at least the US in general. I always assumed it was for tax reasons or for a cheaper lifestyle, but now I know that this island is the land that summer forgot, and I don’t think I could live here for too long either.

Climate may be overrated, but this is ridiculous

I’ve studied and written before about how the climate drives many expats, and I still think weather is overrated. I grew up in Los Angeles but many of the happiest years of my life were in New York City, which has worse weather about 10 months out of every year. I also think that people from the far north who move into the tropics, like Southeast Asia or Latin America, might get more than they bargained for going from one extreme to the other.

However, evidently I underestimated how dreary a “summer” can be. I’ve lived in many parts of the world and the one thing they all have in common is that summer is either warm or hot or very hot. Even in Stockholm they have 2 reliably warm and sunny months each year, and maybe 2 more that are still pretty nice. When I told people I was going to spend the summer in England, many of them laughed.

I saw that the average high temperature in Manchester in July and August was 68F/20C, which admittedly is chilly for summer, but I assumed that half the days would be warmer than that, by definition of that being the average. So far I’ve been in Britain (including Scotland, where I am now) for 18 days and I think 2 of them have been slightly above 68F/20C. The rest have averaged probably 64F/18C for a high, and I’ve had rain on about half of them. Worse still, I’ve probably seen about 20 total hours of sunshine, in spite of the fact that the sun is up for about 18 hours each day this time of year.

Humans need something to look forward to

One of my goals of spending a “summer” here was to honestly see if I might like to live here for a couple years or longer. Now I understand why the southern part of England is literally about twice as expensive for housing than the rest of it. Evidently the southern slice gets much more sun than the rest, and the sun is at a premium on this island.

I also lived in Portland, Oregon for a few years, and it famously has that Pacific northwest weather where it’s gray and rainy for pretty much 7 straight months. Many people can’t take that climate and leave after a year or two, even though the remaining 5 months is nearly all warm and sunny. The thing that helps people there is you know that in April you are only a month or at most two from the start of months of perfect weather. In England, at least in the north, it seems you never know when the decent weather is coming.

And that seems to be the key factor and why northern England is a tough place to live for a whole life. Here it is in early July and everyone is wearing a coat or sweater even in the middle of the day. People say that England does indeed have a summer, but it’s just unreliable. That reliability or lack thereof is the dealbreaker here for so many people, including me, it seems.

One thought on “After a few “summer” weeks in England, I see why there are so many British expats”