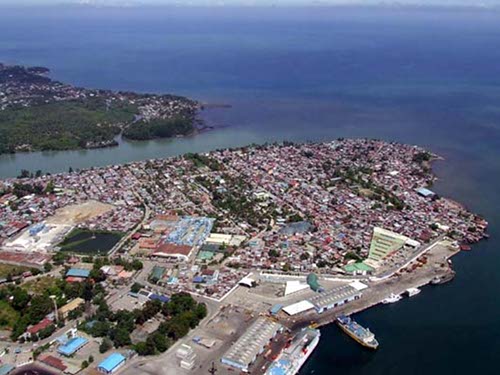 Cagayan de Oro City, also known as the “City of Golden Friendship”, is considered as one of the tourist hot spots in the Philippines. It’s also an ideal place to be for white-water rafting and nature-trekking.

Located along the northern coastline on the Mindanao island, in the southern part of the Philippines, it serves as the regional center, being the most populous highly-urbanized city in Northern Mindanao with a population between 500-600,000.

Cagayan de Oro is also considered one of the most progressive cities in all of the Philippines, and business is booming here. It has been called “a city in bloom, in blossom and in BOOM!” because of the great strides it has made by way of progress, notably in the last few years, providing job opportunities. That’s good news for expats struggling in today’s downward economy.

Furthermore, while cebuano is the city’s main conversational language, english is mainly used for business, written text and is widely used by the academic community, so it’s an easy place to move to for english-speaking expats.

Perhaps the best reason to come here, though, is for the natural beauty all around. Nearby Mapawa Nature Park is ideal for horseback riding, biking, zipline and nature trekking. And 14 rapids along the Cagayan de Oro River make for exhilarating weekend escapes. President Gloria Macapagal-Arroyo herself went whitewater rafting here in 2002.

Catanico Falls is also nearby, concealed by huge boulders, the rapids make for beautiful, cascading falls which ultimately reside in a natural pool. Really, there are parks all around this wonderful city. Check out Vicente de Lara Park, Kagay-an Resort, Macahambus Adventure Park, and don’t miss Monigue Cave– with an entrance coming from flowing water from an underground stream, there are spellbinding stalactites and stalagmites here.

The city also has some great museums, shopping centers and festivals to keep you busy when you aren’t out in the scenery. And because the city is in the tropics, you can expect year round beautiful weather, in the 70’s and 80’s all year.

Now’s a great time to move to the Philippines– and Cagayan de Oro is perfect for nature-loving expats who still like the vibrancy and sociality of urban life.